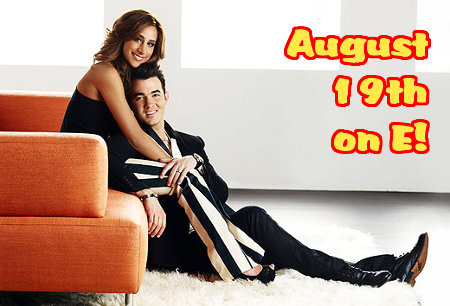 CDL had the chance to preview E!‘s new show Married to Jonas, a docuseries that features celeb/popsinger Kevin Jonas and his wife Danielle “Dani” Deleasa. Kevin Jonas, the oldest member of the Jonas Brothers, fell in love with a sweet girl from New Jersey and now, three years later, the couple are still striving to juggle Kevin’s worldwide fame with a more modest, quieter life in the city. But all that’s about to change now that the Jonas Brothers have made the jump back into making music and — I can already hear the fangirls cheering — touring the world.

While the show features Kevin and Dani, the show also highlights each of their families, both of which lead radically different lifestyles and clearly have different priorities. The Deleasas have carefree spirits and lack boundaries at times; the Jonas’s, from Nick to Joe to the father to the mother, are grounded in their music business and, while they clearly care about Kevin and Dani’s future together, their motivations appear to be grounded in whatever’s best for the band.

In the season premiere, which airs on August 19th, you are introduced to the personalities of show — and there are many! Dani, Kevin’s wife, is a fairly reserved, shy individual, which is actually kind of refreshing to see. So often time these leading ladies are rambunctious-off-the-wall-crazies but, from what I could tell from the first episode, Dani is a grounded soul and isn’t in the relationship for the limelight. In fact, as we see in the first episode, Dani is unsure of her new found fame and still, even after three years, is unsure how to cope with the drama that inevitably follows a famous pop idol.

Other individuals that we look forward to getting to know more of over the course of the season include Bucky, Dani’s hilarious food-loving father; Dina Deleasa, Dani’s eldest sister who is loud, proud, and heard in a crowd; and, of course, Kevin Jonas, who actually seemed to be quite fun. I’ll let you be the judge of Kevin’s other family members. Let me just tell you that they are uber intense, aren’t fans of small talk, and aren’t beating around the bush when it comes to SCHEDULING a baby into Dani and Kevin’s lives — so as to not have all that birthing interfere with the band’s tour and, ultimately, their careers. Yep. They go there.

All in all, we really love the season premiere and we don’t want you to miss it! The show premieres August 19th at 10/9c on E! and is a Ryan Seacrest Production. I definitely look forward to seeing where Dani Deleasa and Kevin’s relationship goes over the course of the season. There’s sure to be tons of E!-worthy drama in this new series, which means one thing: We’ll definitely be tuning in!