Martha Stewart Slams Jennifer Aniston For Being A Bad Example 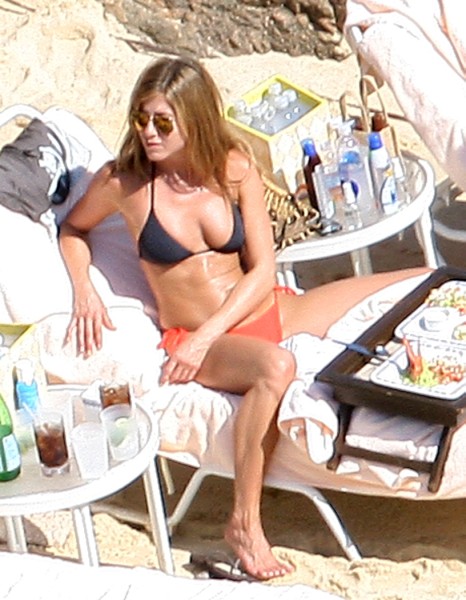 Not everyone thought Jennifer Aniston’s Smartwater video was all that smart. In the rather lame ad, Jennifer poked fun at all the rumors that surround her glamorous life. She’s grossly pregnant with triplets and screams at her kids including a tiny martian and a ridiculous Jimmy Kimmel. Did I mention it wasn’t funny AT ALL? I feel vindicated in the fact that Martha Stewart wasn’t laughing either.

On The Today Show, Martha told Al Roker, Savannah Guthrie and Natalie Morales, “I don’t really like it. I just think it makes fun of some things and shows some bad examples to the youth of America” adding “People learn from YouTube. It’s funny to a point and then it sort of steps over the bounds, I think, of sensibility.”

I had no idea what Martha was talking about for awhile but I guess she had a problem with the Jimmy Kimmel part because she thought it was insensitive to parents who have over-sized children. Say what now? I don’t know where Martha got that. It was bad humor – nothing more, nothing less. She might be reaching with the bad examples comment. It annoys me to no end that people would be offended by Jimmy Kimmel because of big kids. People should have been offended by the lack of imagination of the video. But I appreciate Martha’s comments. My brain would never have taken that route so I’m happy someone else’s did. Martha may be getting a little crotchity in her old age but she is the queen of polite housekeeping so I get where she’s coming from. Still, I would have appreciated it so much more if she just came out and said Justin Theroux sucks. Did you know he created the video? Ya… he also created Tropic Thunder. That’s 0 for 2 in my book.

But you know who isn’t a bad example for the youth of America? St. Angelina of course! Is Martha Team Angelina and Brad? Did I have to go there? Yes, get over it! Did Martha Stewart slam Jennifer Aniston because of the video or is she just not a fan of American’s favorite Friend?