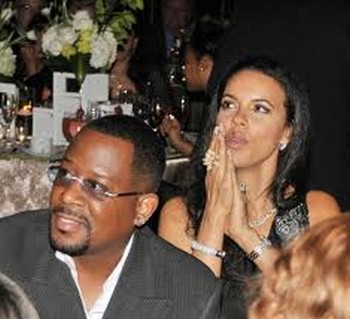 Martin Lawrence has filed for divorce from his wife since 2010 Shamika.  The couple got married on July 10, 2010 and it wasn’t a lucky day since they separated last week and decided on divorce the next day – April 25th.

The couple have two children – 11 year-old Iyanna and 9 year-old Amara Trinity – too bad for them since children never recover fully from divorce.  Always leaves a hole inside – they blame themselves on some level.  Of course these kids only had less than two years of their parents’ marriage to enjoy.

TMZ has the exclusive

Martin Lawrence has filed for divorce … TMZ has learned.

Martin and his wife Shamicka got married on July 10, 2010 — and separated just last week on April 24th. Martin filed for divorce the very next day.

Oh yeah — There IS a prenup.

Martin and his wife have released a joint statement, claiming, “Out of love and respect for one another, we will continue to remain friends and raise our two beautiful daughters together.”