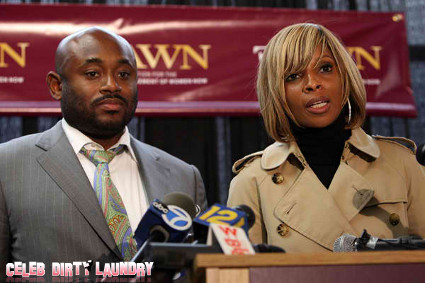 Mary J Blige and her foundation are being sued. Yes, chicas . . . sued! It seems that her foundation, the Mary and Steve Stoute Foundation for the Advancement of Women is coming under fire. TD Bank is stoking that fire — it seems that the foundation is in the rears to the tune of $250,000!

It is being said that they have only paid $368.33 of their current debt, and that is from last year. Now look here, if you are going to lend your name to something one would think that you would check in on it from time to time. Mary is now saying that, “they didn’t have the right people to do the job that needed to be done.”

She also said, “Steps were being taken to correct this problem.” She of all people knows how important this foundation is. So, honestly, I think she did not know. Mary was Mary from the block — she grew up in Yonkers, NY, which I’m familiar with, which is not a good neighborhood, so I do believe she did not know about the situation absolutely.

Unlike some celebrities, she’s known what it means to be poor. At least she admitted there is a problem and she is going to fix it, which is a lot more than I can say for other celebrities. Bravo to you, Mary!