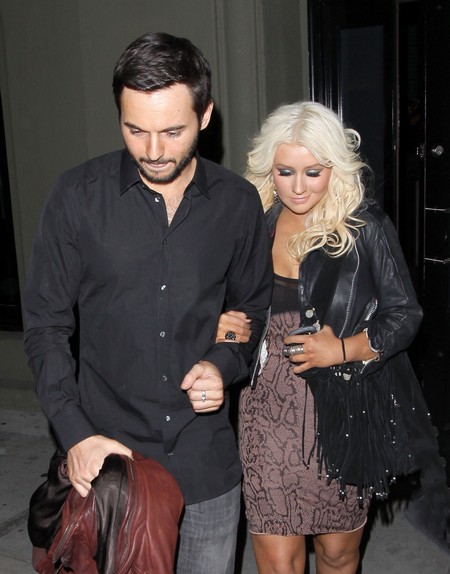 Matt Rutler loves Christina Aguilera so much that he’d like to put a ring on it.  The problem is he’s broke and pretty much lives off of her money.  Matt doesn’t have a pot of his own to…well, you know the rest of that saying.

The couple has been together for about a year and a half already and the former production assistant turned fulltime Christina-Aguilera-Slave really wants to make things official.  At least that’s what Star Magazine Print Edition, May 28 is saying:

Christina Aguilera is in no rush to become a bride again. Her boyfriend, Matthew Rutler, however is “eager to tie the knot,” a source explains. “He’s always saying, ‘Let’s make this official.’ They already live together and he wants some security.

He’s basically become her full-time helper… but she’s still getting over her divorce.  Christina is bothered that Matthew has no money and no real job of his own,” says the source. “He admitted that if she did agree to marry him, he’d have to borrow money from her to buy an engagement ring.”

Truth be told, Rutler probably runs his tush off for the hard-partying diva.  Someone has to remember to feed her son and get her to meetings on time, no?

Do you think he actually loves Christina or is this a means to an end for him?  Does Matt want to propose to Christina because he is broke?  You know, a way to get his hands on a chunk of cold hard cash AFTER they divorce?  Of course what does this relationship say about Christina – does she need someone that she can control?  Tell us your thoughts below!