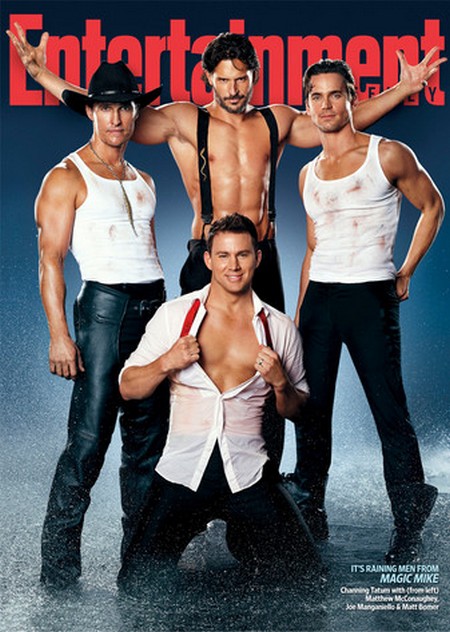 Mathew McConaughey enjoyed his role as a stripper in the new movie “Magic Mike“ so much that he’s even said that he insisted to literally strip off his clothes in front of a crowd of people and that it was like an addiction because he couldn’t stop himself.

In the film he plays a man named Dallas, who’s a retired dance that owns a strip club where Magic Mike (Channing Tatum) works in the film, based on Tatum’s own brief stint as a stripper in his teens.

In the film Matthew was not expected to take any sort of clothes off for the role, but he himself persuaded Steven Soderbergh the director of the film to allow him to and he admits that the experience of stripping left him with a high.

He said It wasn’t in the script, but Soderbergh said in the beginning that if it felt right, I could strip at the end of the movie. I said, “I gotta dance, man.’ I would regret it for the rest of my life if I was in a male stripper movie and didn’t get up there and strip myself. At first it was scary as hell, but then it became like a drug, and I couldn’t wait to do it again. Look, I love to dance, but I’ve never been a stripper. Channing Tatum’s one of the best hip-hop street dancers I’ve ever seen, and I didn’t want to challenge his style, so I worked on my own strengths. I also knew that my dance had to be the dirtiest. It had to be wonderfully filthy.”

Here’s a trailer for the film, enjoy!