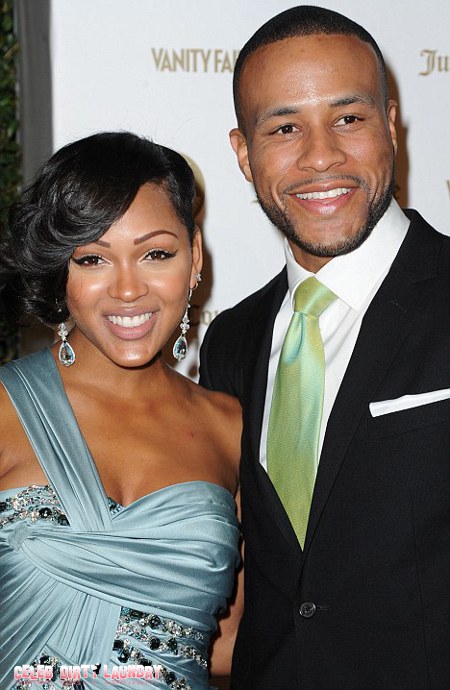 The pair met some six years but started dating after their meeting during the shooting of Jumping the Broom, which she starred in and was co-produced by Franklin.

The “Think Like a Man” star married DeVon Franklin, who is the VP of Columbia Pictures, on saturday at Triunfo Creek Winery in Malibu, California in a Spanish and bayou-themed ceremony. Good wore a custom made R-Mine gown with a purple train as well as a series of jewels crafted by Beverly Hill’s Jason.

She gushed that “DeVon makes me better, makes my life fuller and completes my quality of life, he’s truly on my team and I am truly on his. God revealed my heart to him like nobody else.”

Of herself she says that “I’m a Christian, but not a religious Christian. I’m just very spiritual. I have my belief system and anything I feel would be disappointing to God I don’t do. But, it has to be my personal feeling not someone else’s or my pastor’s or my mom’s. If I feel that it’s going to be disappointing to him, I won’t do it.”

Among the 400 guests that were in attendance at her wedding were Deion Sanders, as well as Good’s Jumping the Broom co-stars Tasha Smith and Derek Luke.

Meagan has her own production company, Freedom Bridge Entertainment, with Marlon Olivera and fellow actors Tamara Bass and Ty Hodges.

Congratulations to you, Meagan!