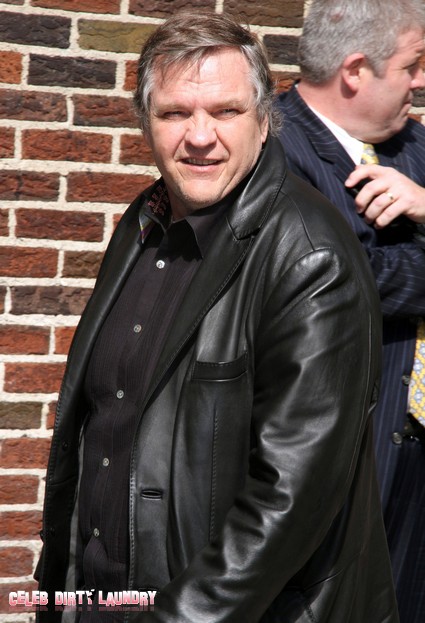 Michael Lee Aday, better known as Meat Loaf, is a member of the Academy and votes for the award winners. In a new interview, he confessed that during the time the nominated films for the Best Film Oscar were being played he couldn’t get through them all; he actually fell asleep while watching them.

Meat Loaf says, “I have a real hard time voting for Best Film, because they’re so different. When I get a screener, I watch… We get 60 something screeners this year, I watch 50 of them. I didn’t finish all of them because there were other movies that particularly weren’t my cup of tea (like The Artist) and I was falling asleep. That’s nothing against The Artist.”

It’s also been revealed that Meat Loaf didn’t vote in the category of Best Supporting Actress this year because he really just couldn’t decide, it was incredibly difficult. He says, “To be perfectly honest, I don’t vote in every category because I think some things just can’t be judged, and this year I didn’t vote in Supporting Actress because I thought that there was no way I could one over the other one. I’m kind of with Viggo Mortensen ‘You shouldn’t have awards for art’. I kind of almost agree with that.”

He also thinks other award shows influence the Oscars, “If you were going to have an Oscars you should have it first, before the Golden Globes, before any of the other ones because they’re too greatly influencing people who vote for the Oscars. I don’t, this is my opinion. They turn around and say, ‘Oh, the Golden Globes voted for this, it must be good’.”

Personally I agree that other award shows could influence many people to vote for what they have already seen as winners on other award shows.  Of course this could lead to votes which weren’t entirely the voter’s opinion, rather they are influenced by what they see as who should be the winner.  What do you think is the voting for the Oscars fair?  Hit the comments and let us know!