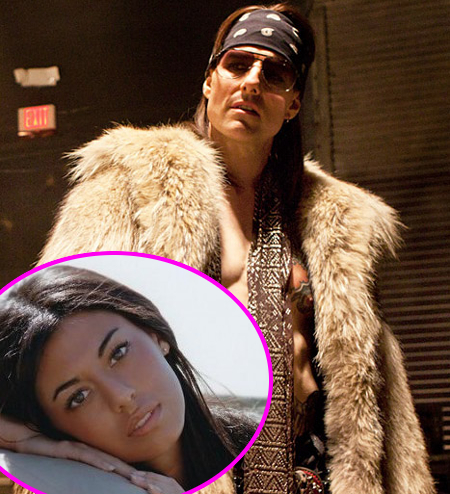 Tom Cruise may have nixed his relationship with Scientology-hatin’ Katie Holmes, but our sources say that Tom Cruise’s next wife will definitely come from inside the church, and might just be Scientology extraordinaire Yolanda Pecoraro!

If you’re thinking to yourself who the hell is Yolanda Pecoraro . . . you’re not the only one. Yolanda is an incredibly obscure actress who not only has a history with the TomKat, but she’s also a devout Scientologist. And as we all know, Tom really likes that special, Scientological quality in a woman.

With Cruise’s recent breakup, the church has suffered a lot of negative attention and is trying to get this mess smoothed over quicker than Voldemort can mutter a Cruciatus Curse. Some are saying that they’re not only trying to find Tom a new lady within the church but that they’re also trying to get him remarried and reproducing — ASAP!

Sources told the National Enquirer that “Tom’s next marriage will be inside the church [. . .] With the embarrassment his divorce has caused the church, they want to stabilize the situation quickly. They also want to show that Tom has rebounded fast and that his new wife is beautiful and steeped in Scientology. If the church decides to make Yolanda Tom’s next wife, they’d certainly want her to have a child soon. So she could quickly be going from her modest apartment to a mansion in Beverly Hills with a baby on the way. And there’s little doubt she’d do what’s best for the church.”

According to the source, an ex-member the the C.o.S., Yolanda is a “Scientology princess” and would do just about anything to make sure the church stays happy with her.

Phew! This is just too much cultish drama for me. I have no problem with magical-esque organizations — after all, I am a wizard and professor at Hogwarts — but this one, for some reason, just gives me the creeps. What do you think about Tom’s potential love interest? Do you buy this story? Do you believe that the church is going to try and force a lady upon Tom and, furthermore, make them mate — and produce a golden baby (perhaps THE CHOSEN ONE?) that will deliver the Church of Scientology back into the good graces of Hollywood? Unfortunately, if the church did come up with a crazy proposal such as this Tom would, more than likely, accept it in good grace.