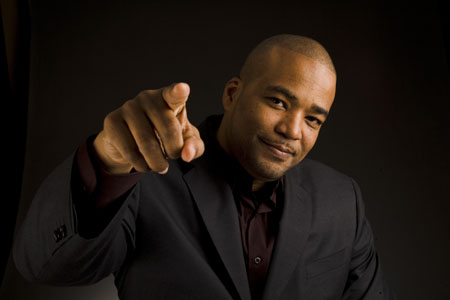 Hip hop mogul Chris Lighty was found dead earlier this morning after cops discovered his body in the backyard of his Bronx apartment. According to police reports, Chris Lighty died from what appears to be a self-inflicted gunshot wound to the head. While the death is currently being classified as a suicide, the investigation will continue to rule out all possibilities.

During his career, Chris managed some of the the music industry’s biggest names, including 50 Cent, Diddy, Ja Rule, and Mariah Carey, to name a few. He was a big name in the music world, and I’m sure many individuals are mourning his passing.

TMZ reports, “Hip hop mogul Chris Lighty — the longtime manager of 50 Cent, Diddy, Ja Rule, and Mariah Carey — was found dead this morning in NYC from what appears to be a self-inflicted gunshot wound to the head … law enforcement sources tell TMZ [. . .] According to law enforcement, 44-year-old Lighty’s body was found by police around 11:30 AM in the backyard of his Bronx apartment. Lighty was pronounced dead on the scene, where a semi-automatic firearm was recovered.”

According to sources close to Lighty, he’d gotten in a terrible argument with his ex-wife, whom he divorced a year ago, and then proceeded to shoot himself in the head. The divorce apparently took a heavy emotional toll on the hip hop mogul, and people close to him say he hadn’t been the same since then.

CDL will provide any updates on this matter if more news becomes available.