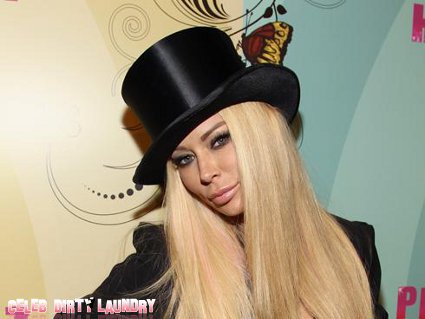 Jameson showed initial signs of being under the influence and law enforcement then gave her a field sobriety test.  The starlet must have failed because she was then subsequently arrested for misdemeanor suspicion of DUI.

Though Jenna hasn’t yet released any more information regarding the citation, sources close to her say that she’s home and doing well. The actress, who’s starred in over a hundred adult films, sustained only minor injuries and reports say that she refused any and all medical treatment. Fortunately she wasn’t hurt. Allegedly, Jenna was released from jail on bail only six hours after booking.

It’s never a good idea to drink and drive, people! And, furthermore, it’s not a good idea for some celebrities to drink period!