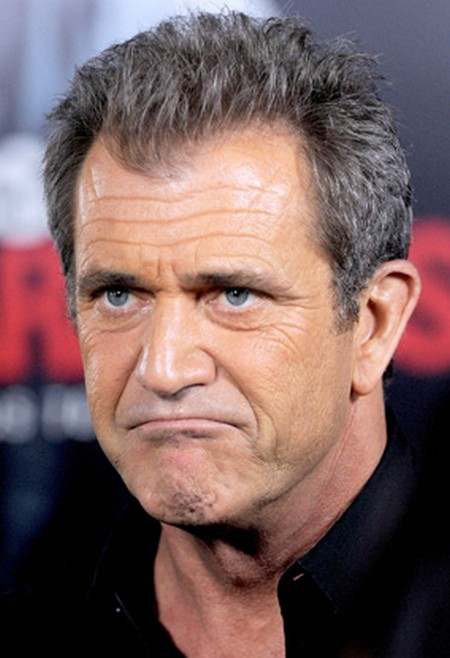 Mel Gibson responded by letter to Joe Eszterhas’ claims of his anti-Semitism with his typical arrogance and denial but now we have the proof of his wild behavior on tape! In the letter Mel did not deny Joe’s claims that he is an anti-Semitic racist, because he is one, nor does he address Joe’s claims that he heard Mel threaten to have Oksana Grigorieva killed.

As we reported earlier on Celeb Dirty Laundry Joe says that Mel considers The Holocaust to be ‘mostly horses**t,’ and refers to Jewish people as ‘Hebes, oven dodgers, and Jewboys.’

The Wrap obtained the tape from Joe, who made the shocking allegations that Mel ranted about killing Oksana Grigorieva, hating Jews, and praising the guy who killed John Lennon.

TMZ has the exclusive:  Mel Gibson is caught on tape exploding in a rage during a trip to Costa Rica last December, screaming at the top of his lungs … and now the audio has been released. WARNING: EXPLICIT, FILTHY LANGUAGE.

Eszterhas’s son Nick recorded one of Mel’s outbursts … which starts with Mel blasting Joe, “Why don’t I have a first draft of “The Maccabees?” What the f**k have you been doing?”

Mel goes on, turning his anger at Oksana: “I am earning money for a filthy little c**ksucker who takes advantage of me.”

Mel can then be heard slamming objects in the house, and then continues screaming, “Who wants to eat? Who the f**k wants to eat? Go have something to eat. Hurraaayyyyy!”  Mel continues to cuss, adding, “f**king c**t, c**ksucker whore.”

Mel has displayed a history of rabid anti-Semitism and an insanely violent temper. What do you think? Let us know in the comments below.