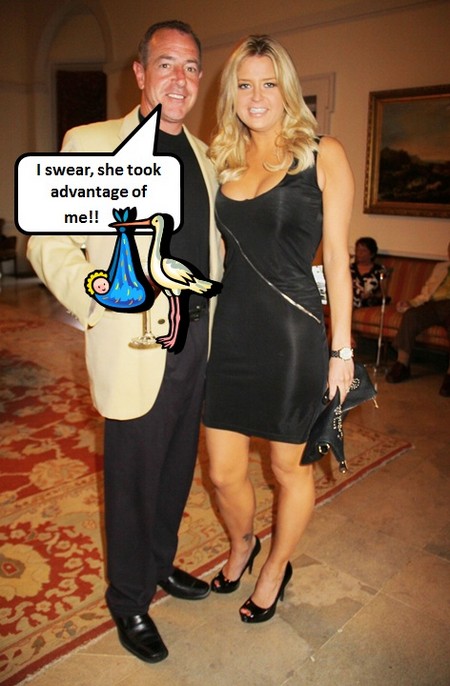 So, I thought that there was supposed to be a restraining order against Michael Lohan (father to Lindsay Lohan and an all-around douchebag) courtesy of his ex-girlfriend Kate Major??

Alas, whether this was/is the case or not, Kate is showing early signs of a bun in the oven and sources are saying that Michael is the daddy dearest. Yikes – does the world realllly need another Lohan walking the earth? No offence to Lindsay and the rest of the brood, but they don’t have much going for them with their fathers genes.

According to TMZ.com, Kate is in her first trimester, and while the restraining order was lifted only a few weeks ago, this means that the baby was conceived illegally….snap, not a good start if you ask me.

The website reported that Michael has not told any of his children about the impending new addition to the family. Well if they didn’t know before, they’ll certainly know now!

I just don’t understand why the world needs another Lohan-troubled baby in the world – especially since Michael alleged awhile back that Kate was trying to get pregnant with him. He said in an interview awhile back with RadarOnline.com:

‘I was in the hospital with kidney stones and Kate just barged in! She’s been taking ovulation tests trying to get pregnant from me.’

I’m no sexpert here – but for god sake’s Michael, why not keep your you-know-what in your pants!! Things that boggle my mind….