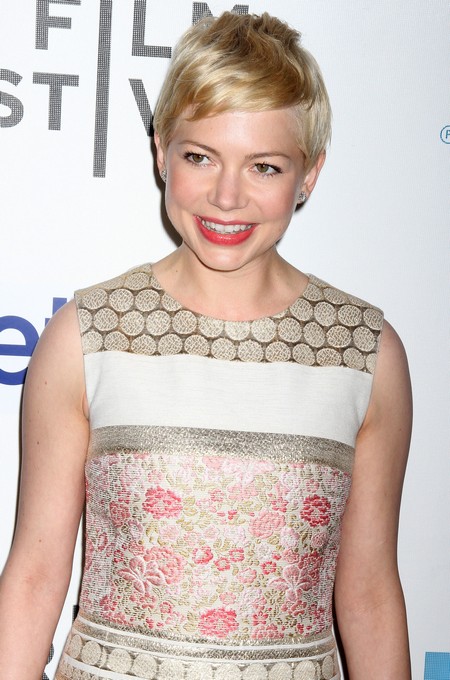 Get out your dictionary, because there could be a possible Dawson’s Creek reunion in the works! This report after Michelle Williams, who played Jennifer Lindley on the popular WB show, told NY Magazine’s Vulture that she would love to see her character rise from the dead for one last verbose rant.

“I’m totally up for reunion tours, reunion shows, so we can do that,”the Oscar-nominated actress said at the Sunday screening of Take This Waltz at the Tribeca Film Festival. “I’ve always wanted [to]. It’s just timing, because of L.A. and New York, and it hasn’t happened.”

James Van Der Beek must want to keep the momentum of his latest acting work going because he’s also said that he may be up for a return to The Creek. “I mean, if somebody came up with a brilliant idea how to do it, why not?” Van Der Beek told Entertainment Weekly. But the Don’t Trust The B—-in Apartment 23 star did note the irony that Williams is the most gung ho of the former cast members. “I always love that Michelle is like, ‘I definitely wanna do it! I’m in!’ which is so easy for her to say because her character is dead. I always smile when I see that.”

Apparently, Van Der Beek and Willams are not alone in their dreams to get the old Capeside gang back together. Katie Homes, aka. Joey Potter, told Good Morning America last November that she would also be down for a role reprisal. “I had so much fun working on that show and I loved everyone so much and I think about it with such fond memories,” She said. “A really great group of people.”

But don’t go digging for your Paula Cole CD and college hoodie just yet, as Fringe Star and former cast member Joshua Jackson pretty much plans on putting the kibosh on any reunion. He recently told MTV “Pacey’s done his time…I’m done with this Dawson’s Creek bull—-.”

Well hmm. I have an idea! 10 years after we leave the gang, Pacey has died in some STI (all those years of man-whoring) and Dawson, led by Jen’s ghost, has returned to claim Joey once again!