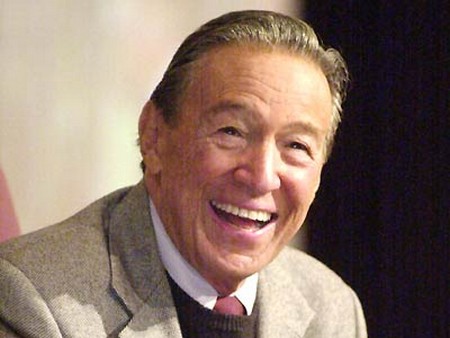 Mike Wallace has died at the age of 93 – he passed away Saturday in New Haven, Connecticut alongside his family. Mike had been in declining health for several years and had not worked since 2008.  Mike’s was one of the most familiar faces on CBS for decades as he was a star of the popular ’60 Minutes’ show.

Bob Scheiffer, the host of “Face the Nation,” announced his passing on CBS this morning, saying that Wallace died on Saturday night in New Haven, CT alongside his family.

Wallace had been in declining health in recent years.  His last interview for CBS was with retired baseball star Roger Clemens, which aired in January 2008.

Mike was the first person hired by legendary CBS producer Don Hewitt when he was putting together the staff for “60 Minutes.” He won 21 Emmy awards, five DuPont-Columbia journalism awards, and five Peabody awards.