Mila Kunis And Ashton Kutcher Are Acting Like Lovers (Video) 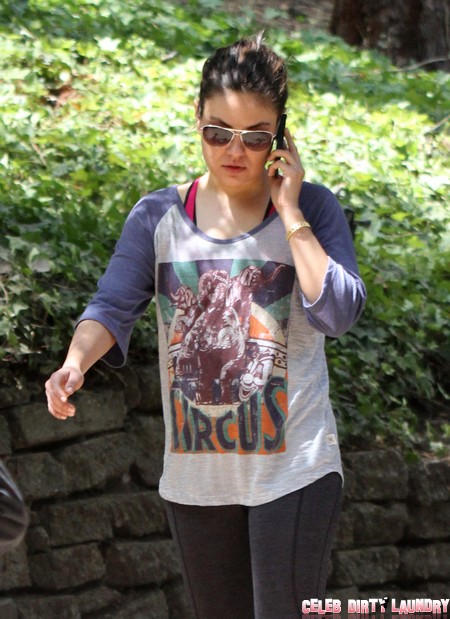 Ashton Kutcher and Mila Kunis are behaving exactly like lovers and they were filmed  together last night leaving a romantic Italian restaurant together and driving away in the same car.  Was there destination a place where they could make love?  We would bet the answer to that question is ‘yes.’

The couple, as we will henceforth refer to Mila and Ashton, were spotted having a romantic sushi dinner together recently and  appear well on their way to being the newest ‘It’ couple in Hollywood.  Ashton and Mila also had a romantic get-away together over a previous weekend in Santa Barbara and the 28-year-old Mila shows every sign of being the current woman in Ashton’s life.

Demi Moore is making the voodoo doll of Mila as we speak…  From what we can gather of Ashton’s sexual habits we assume that Demi must have a trunk full of the cute little dolls.

TMZ exlcusively reports: Mila Kunis insists they’re just friends … but last night in L.A., the actress hit up a romantic Italian restaurant with her former “That 70s Show” co-star Ashton Kutcher — and they even left in the same car.

The two have been rumored to be secretly dating for months — but Mila adamantly denies they’re anything more than platonic pals … who eat out together alone … and go on romantic weekend trips to quaint little towns.

Actually there is nothing suspicious at all about Mila and Ashton – they are a couple and are doing what most couples do.  Enjoy romantic evenings and weekends together and all that goes along.  What’s the big deal?  I was much more intrigued when Rihanna popped over for a late-night booty call.  Ashton Kutcher and Mila Kunis are lovers – so what?