Is Miley Cyrus The Next Cheating Starlet? 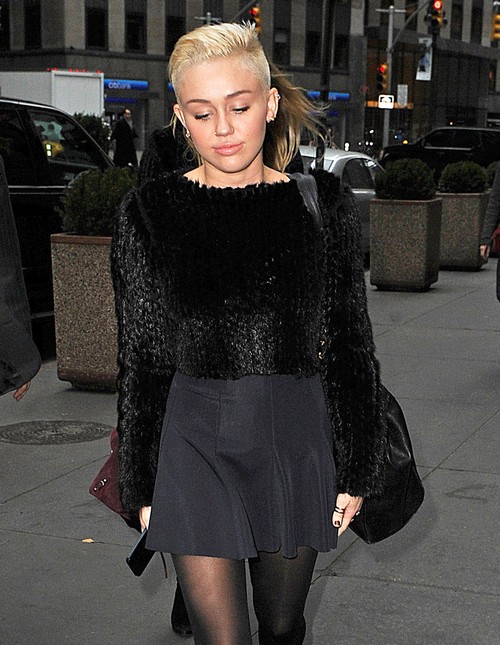 It seems one Miss Miley Cyrus may not really be ready to walk down the aisle.  According to sources for The Sun, Miley has been enjoying her time locking lips with her co-star Josh Bowman; even going so far as to say that it is “the best job ever.”

Cyrus, who is engaged to Liam Hemsworth (Hunger Games, Last Song) has completed filming her latest flick, So Undercover, with Revenge heart throb Josh Bowman.  She is now doing the usual promotional appearances and press junkets where she has been gushing about her co-star.  Should Mr. Hemsworth feel threatened?  I would say yes.  There are always rumors going around about these two breaking up and making up (not Selena Gomez/Justin Bieber level, but close), and those rumors are definitely coming from somewhere.

Miley is only 20 years old, rich, and famous.  Of course she’s going to turn her head when a new toy comes along.  She’s clearly got the attention span of a 3-month old puppy.  I’m willing to bet either a) Cyrus and Hemsworth will not be making it down the aisle, b) Cyrus will cheat on Hemsworth only a month or two into the marriage, or c) Hemsworth will divorce her little ass the minute he realizes how freaking silly and immature she is.  Note to Chris:  Not all American girls act like that.

Miley has always tried to be edgy and stray from the norm so that she can be her own person…unique.  The problem is that she is only coming off like most other teen stars and not unique in any way.  When will these girls learn?

Oh, if you are actually interested in Cyrus’ latest film, here’s the synopsis from IMDB.  “A tough, street-smart private eye is hired by the FBI to go undercover in a college sorority.”  Yes, I know.  It has Oscar nod written all over it.  And yes, that was me being sarcastic.  Looks to be another flop like her last film LOL.

Do you believe she’ll be faithful or will she be leading a double life ala Hannah Montana?