Miley Cyrus Is A Crazy Partier, Boyfriend Liam Hemsworth Embarrassed To Be Seen With Her 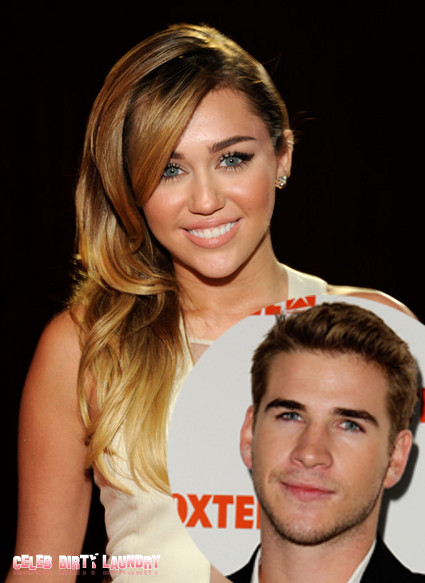 We all know Miley Cyrus, despite her young age, is no stranger to the party scene. But are her partying and wild ways a bit crazier than all of us once thought? If you ask boyfriend Liam Hemsworth, that might very well be the case. While the aussie Hunger Games star has received immense recognition for his new film, Miley has apparently been getting attention in LA for ALL the wrong reasons.

A source tells US Weekly that “She gets pretty crazy. She’s always out in skimpy outfits and writhing on Liam . . . Sometimes he looks embarrassed for her.”

Another source tells the magazine that, while he does love her fun-loving side, he does get “concerned, too.” We assume the concern is for her health and self-image, which, let’s be honest, is a very important thing in Hollywood.

We don’t have many more specifics for you. We just wanted to let you all know that, unfortunately, it seems as if Miley’s reputation of being a semi-good girl in Hollywood is heading down the drain. Quite quickly.

How do you all feel about Miley’s partying and her self-deprecating ways? Let us know in the comments section below. Also, let us know if you think Liam should stick around . . . or dump our good pal Miley and take a chance with fellow Hunger Games star Jennifer Lawrence. I feel as if the odds might be in their favor, moreso than his and Miley’s.