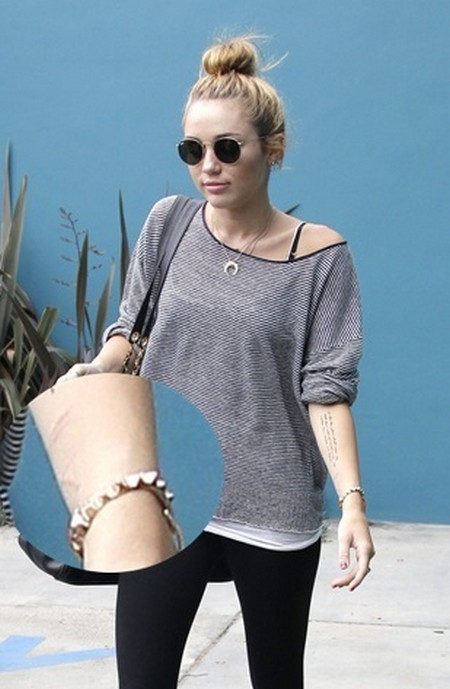 It looks like Miley Cyrus may be up to her old bad habits again. Check out the photo above, it looks like Miley is cutting again. It is disturbing because this is not the first time Miley has been seen with scars on her wrists and forearm.

When the rumors first hit the web that Miley was a cutter, fans yelled that the scratches were from bracelets she was wearing or from playing with her dogs.   But here we go again, and Miley is once again pictured with several disturbing scratches on her arm.  It really has to make you wonder!

TMZ also posted the photos today and had this to say: It’s been a few months since Miley Cyrus denied having a self-mutilation problem — but today in L.A., the singer surfaced with several ominous-looking scrapes on her left forearm.

Miley recently became engaged to Hunger Games cutie Liam Hemsworth.  Since the Hunger Games movie has been released Liam has become one of the most desirable men in Hollywood.  This has to be causing Miley a lot of pressure to try to compete with all the fans and young starlets vying for his attention.

When the rumors first surfaced about Miley cutting she loudly denied the rumors that she was self-mutilating.   If Miley is in fact cutting herself, the fact that she exposes the cuts to the world, could be Miley crying out for help.  Or alternatively, perhaps Miley is “pretend” cutting herself to get  some  attention.  What do you think?  Hit the comments and let us know!

Click on the thumbnails below to enlarge 27 photos of singer actress Miley Cyrus attended Pilates in Studio City, California on July 12, 2012. The paparazzi surrounded her as she headed for her car.