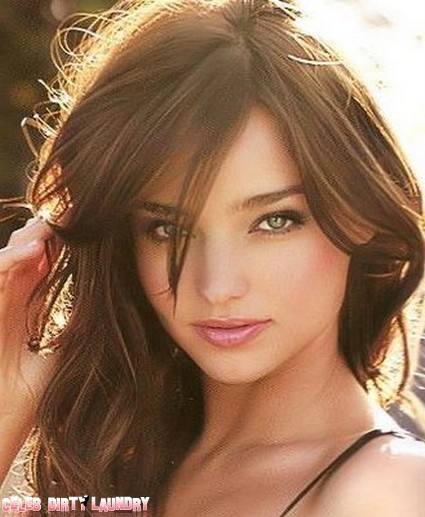 Miranda Kerr is now an official member of the Mile High Club. The supermodel has a new job as an Ambassador for the Australian airline Qantas. So she’ll be racking up the frequent flyer miles with husband Orlando Bloom and son Flynn Bloom between their base in the US and her native Sydney.

The partnership was made official at a cocktail party in Los Angeles last night. Miranda talked up her new gig saying it’s nice to promote a  little piece of home to the world ‘I grew up with Qantas which is such an iconic Australian brand. I’m proud of my Australian heritage and I’m so excited that I will now be able to represent Australia’s premium airline around the world. I travel frequently and from the moment I step on board a Qantas flight I feel at home. I always enjoy the wonderful service, fabulous food and stylish cabins’. I’m sure it’s nice traveling in first class!

The head of Qantas Alan Joyce is very happy with their latest celebrity endorsement ‘Miranda Kerr is one of the most photographed and recognizable people in the world. Apart from her work commitments as an international model and businesswoman, Miranda will now represent Australia’s premium airline‘

The popular covergirl is not the only famous face working with the airline. John Travolta has been involved with the company for several years. He even appeared on Oprah in a Captain’s uniform a couple of years back.

I suppose you could say the Victoria’s Secret favorite has gotten her wings in more ways than one!