Get Ready For The Hulk Hogan Sex Tape 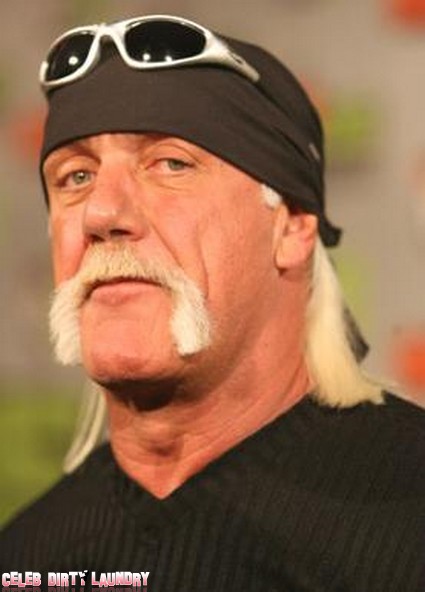 So what is on the video exactly? Well, we see the Hulk getting undressed. In one scene he pulls his shirt off and brags to his conquest about his body saying ‘I started to work out again‘. I kid you not. Then comes a highlight – or lowlight depending on which way you look at it – his thong shaped tan line.  The world does not need to see that. At least it’s not a mankini. Hulk also runs his hands through his blonde hair while parading around trying to impress his girlie friend. It sounds like an actual porno with that kind of cheesy talk. Maybe the big man has a future in adult movies…

The one thing that’s not known is his female co-star. It’s hard to work out who’s getting up close and personal with him because the tape is undated. It’s definitely not his ex wife Linda Bollea or his current Mrs Jennifer McDaniel. Either way the female is about to get her 15 minutes of fame thanks to her bedroom exploits with the Hulkster.

It’s not known whether any offers have been made yet on this cinematic masterpiece. Hey, I haven’t seen it but I’m sure it’s a lovely piece of work. But we’ll let you know when it becomes available so you can see how the Hulk matches up to fellow sex tape stars like Pamela Anderson and Kim Kardashian.

At this stage there’s no official comment from the Hogan camp. Maybe he’s busy putting the finishing touches on a sequel?