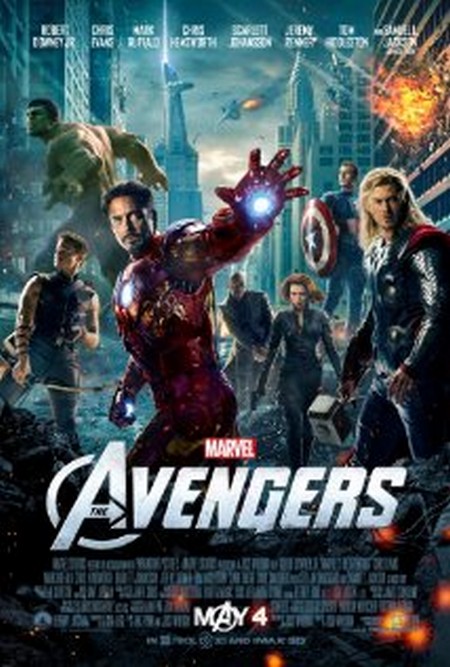 ‘The Avengers’ has to be by far one of the greatest films I’ve seen in my entire life time, it just had the most perfect blend of humor and action that left me amazed! I was excited when I first heard the announcement for this film and must say it has surpassed my expectations so much that I was shocked at how much it kicked ass.

To be honest I was never a big fan of both Captain America and Thor; that I actually never saw their individual films, but I must say that I really regret it now. ‘The Avengers’ has brought me a new love for super heroes that never interested me before and now I’ll have to go back and watch those two films I missed.

The humor in this film was a big surprise, in some super hero movies there’s always some cheesy humor but in this film it was just “laugh out loud” hilarious. If you haven’t seen the film and don’t want me to ruin it for you, I highly recommend you don’t read any further.

One of the most “laugh out loud” moments in this film was when both The Hulk and Thor take out this big flying worm like monster and right as they finish it off and are standing side by side, The Hulk just punches Thor away.

But the top funniest moment for me was when Stark walks on to S.H.I.E.L.D. headquarters and states that one of the workers is playing Galaga on their computer, which is a an old arcade game. So after, when all the heroes leave the room you see the guy turn around in his chair and he continues shooting aliens in the game, it was just a perfect moment.

My favorite character in this film by far has to be Iron Man; Robert Downey Jr., he did such an amazing job on his character. I love how much of an ass he was at times; it made him just so loveable and hilarious. I must also say that his threat towards Loki has got to be one of the most badass things ever, “Because if we can’t protect the Earth you can be damn well sure we’ll avenge it.” I just can’t explain how much I fangasmed at that scene, it was amazing!

Also I have to say that Mark Ruffalo did a great job as Bruce Banner, so much better than the two previous actors who portrayed him. I liked how he always looked and sounded like he was actually trying to hold back The Hulk, also I loved the quote where he confesses what truly helps him keep it under control and he states it’s because he’s always angry, it was just too epic.

The whole ending battle between Loki’s army and The Avengers was just one of the greatest action scenes I’ve ever witnessed in cinema. I love how it showed them actually use team work at times, also that one scene where Hawkeye shoots his bow backwards without even looking was awesome and how Iron Man blasted the worm monster from within its body.

Marvel has really raised the level of what we Marvel fans are going to want to see from the upcoming films by a huge amount. But I’d also like to mention that I would love the addition of more super heroes in the next Avengers film, my personal favorites to see would be Spider-Man, Wolverine and Dead Pool. They’re some of my other favorites, but I would especially like to see Spider-Man since he’s my favorite Marvel super hero.

Now after seeing this film I’ve gotten my fill of super heroes and I just can’t see the new Batman film even being anywhere near as great as this film. It just made me so much less excited for it, I never was a big fan of the films in the first place but ‘The Avengers’ just completely diminished any will to go see Batman. I now know why I’ve always preferred Marvel to DC Comics; they not only in my opinion had better heroes, but now even better films.