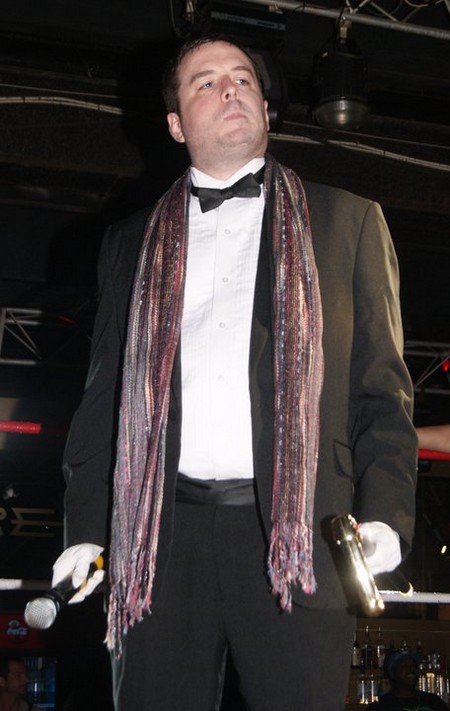 “Mr. Hollywood” Shannon Rose is a successful Publicist, Radio Celebrity, he appeared as one of three Ring Announcers on “EA Sports MMA” Video Game and he’s had over 20 years working as a Professional Wrestling Ring Announcer.  However this may not have been the case because Rose suffers from a life threatening genetic disorder called Ehlers-Danlos Syndrome.  His successes and trials battling this condition will be told to the world as an inspirational story about his life.

When Rose was 12, he lost the use of both his arms and his voice for a year.  Yet managed to regain the the use of his arms and voice and never looked back.  In 2010 he was cast as one of three Ring Announcers in the “EA Sports MMA” Video Game, something Rose credits as one of his greatest accomplishments.  This would not have been possible had he not battled his disorder.

The book is currently being penned as Rose is in talks with various authors who are collaborating on this project.  The goal is to inspire people who share the same condition as Rose, and others who are also suffering from hardships in their life; that they too can overcome the odds and succeed if you put your mind to it.  It’s also a tribute to the success and accomplishments he’s achieved and the process he took to get there.

“I am excited to be involved with what I know to be an inspirational and intriguing story,” said Rose about his book.

Currently there is no set release date on the book, but he hopes to have the book out by Summer of 2013.