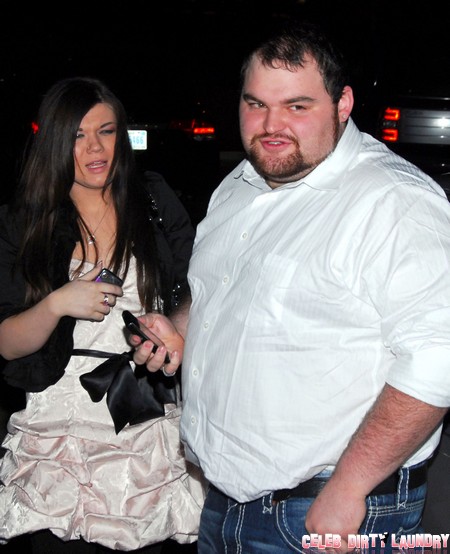 Last episode of Teen Mom, hosted by Dr. Drew Pinsky, was boring. Like, change the channel, leave the room boring. As it was part one of a two-part special, we only saw Dr. Drew talk to Catelynn Lowell and Tyler Baltierra (and Catelynn’s mom April Baltierra, married to Tyler’s coke-head dad), and Farrah Abraham(whose mom Deb made an appearance with a weird scarf).

In case you missed it, I’ll catch you up: Catelynn and Tyler still aren’t real parents. They put their baby up for adoption three years ago and have seen her a handful of times since. They made a single, responsible decision to not be parents. I know it’s been said before, but they should not be on the show. Dr. Drew says he is proud of them, we find out April has been sober for about 6 months (go sobriety!) and that Butch Baltierra is in prison. Nothing new there. There’s also an awkward moment where Dr. Drew holds April’s hand. Super weird.

Farrah explains that Daniel Alvarez isn’t worth talking about, that he was more into her Teen Mom stardom than her teen mom reality. Her mom, Deb Danielson, comes out, Farrah rages that Deb was never around for her and sister Ashley. Deb apologizes loftily. Farrah acts super bitchy (totally not like her, right?) and they end hugging and crying. Dr. Drew looks immensely pleased with himself for having achieved this beautiful, heartfelt reconciliation.

We don’t get to see the kids, which is really why we watch the show, right? Perhaps there will be a ‘summing it up’ bit at the end of next week’s episode, which looks a lot juicier.

In the sneak peak, we find out that Maci Bookout’s longtime boyfriend, with whom she bought a house this season, Kyle King, had an affair. Kyle always seemed so sweet, I really am shocked. I’ve always been team Maci (except any episode that her hair is platinum blonde. I can’t support that.), and was so happy she had stability. Besides, Bentley obviously loves Kyle. How could he do that to them? What do you tell the toddler? “Kyle decided to have sex with someone else, just like your daddy did. So now you don’t get to see him, even though you love him.” It sucks.

We also learn that Maci has some sort of huge secret about baby daddy Ryan Edwards! Dying to hear what it is, and so is Ryan’s brain dead girlfriend Dalis Connell. She wouldn’t date Ryan if she had two brain cells to rub together—right?

Next week, Gary Shirley fills in for Amber Portwood, who sends her love from jail. Gary continues to push the quality of seams in each tiny Aeropostale t-shirt he dons. Next week features a slightly more mature version of his douche beard.

Will you tune in to watch? Are you as shocked as we are that Kyle cheated??