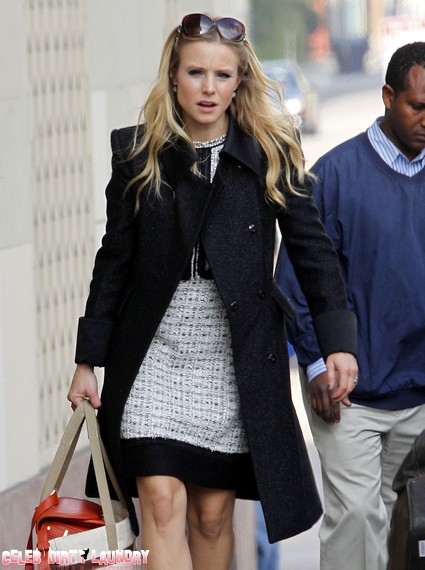 So Kristen Bell fast became one of my favorite actresses this morning after watching her on the Ellen show.  I laughed so hard I almost cried.  The actress was visiting my favorite talk show host to promote her new film, Big Miracle, but talk veered towards Kristen’s longtime obsession with the uber cute animal known as the sloth.

She told Ellen what happened when her fiancé Dax Shepard decided to surprise her on her 31st birthday with ‘something special’.  Kristen, being quite an emotional gal, got so overwhelmed knowing it was a sloth she cried tears of joy uncontrollably.  I’m not kidding, it was HILARIOUS.  Better than watching her describe the experience, she brought the video in which Dax captured her emotional state.  This is one funny girl – Ellen joked that she herself had a sloth for her and Kristen welled up.  She’s just too easy!

Watch the video for yourself, the best part is when Kristen asks if her sloth is coming to her birthday party.  Priceless.  I would like to please hang out with Dax and Kristen at their parties. Somebody make it happen.