A Look at Natalie Portman’s Vegan Wedding to Benjamin Millepied 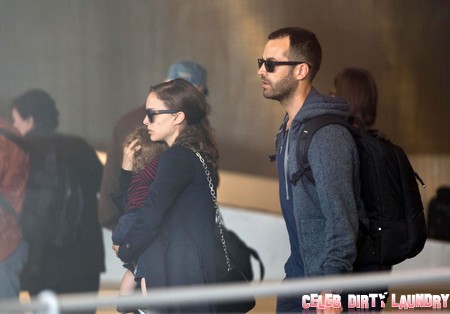 Natalie Portman and Benjamin Millepied (okay, the last name sounds like a Vespa cruising along the Parisian walkways of France…) had a strictly vegan wedding. According to People Magazine, Natalie Portman’s wedding not only reflected her Jewish faith and his French nationality, but also the couple’s ideologies.

The ceremony’s wildflowers were indigenous to the Big Sur coast, where the wedding took place. The menu was also strictly vegan. There was also no wedding cake, but rather French macarons. Portman wore a white wedding dress from Rodarte and a crown of wildflowers in her hair. Oh goodness gracious, the wedding sounds like an excerpt from Midsummer Night’s Dream!

The wedding was coordinated by LA-based wedding planners Yifat Oren and Stefanie Cove and took place on a buff which overlooked the ocean under a Jewish chuppah made of twigs. If we’re not mistaken, this sounds like a “dramatic final rose ceremony” on The Bachelor, interspersed with bursts of Tolkien-like fantasy. The guests included their 14-month-old son Aleph, Ivanka Trump, Macaulay Culkin and a hobbit.  Given the celebratory nature of the event,Macaulay was not asked to pass a urine test at the door.

Portman and Millepied were wrapped in tallits, a Jewish prayer shawl, and the celebratory event ended with Millepied smashing a glass while the guests shouted “Mazel Tov!” The reception moved to a tent at a private residence with a Klezmer band playing the music. The two lovers were lifted up in chairs by guests during a 20-minute hora dance, whilst Ivanka Trump planned world domination on her Iphone.

The party ended at 2 a.m. the next morning, with a slew of drunken guests crying in their champagne. The guests were sent home with packets, which were inscribed with a simple “merci”, containing wildflower seeds. We heard Ivanka Trump finally found Jack and his beanstalk…

Thank the gods of Shakespearean delight that Natalie Portman wasn’t struck down by the infamous Oscar curse, where the winners usually end up with heartache and failed careers, but rather kept her cool amid all the Hollywood insanity to bring us one of the most simplistically beautiful weddings in a rather long time.