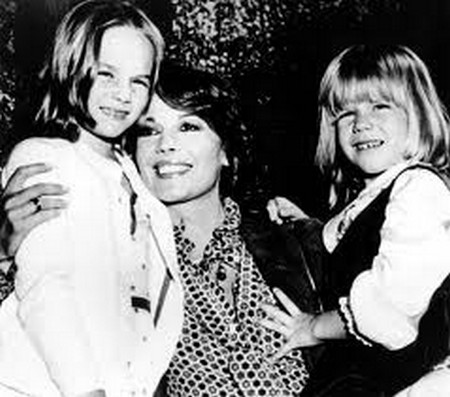 Courtney Wagner, daughter of the late Natalie Wood and Robert Wagner, was arrested for cocaine and heroin possession late last week.  Police were called to Wagner’s Malibu home after neighbor’s heard a woman’s screaming, followed by a gunshot.  When the officers arrived on the scene Wagner was found to have both coke and heroin in her possession.  She was later arrested on suspicion of felony drug possession.

The man that she had been fighting with was charged with negligent discharge of a firearm.  Sources say neither party had been injured in the blowout fight.  But whether or not anyone was hurt, where you find hard drugs, loaded guns, and nasty fights… you find crime and cops.

Wagner has since posted $10,000 bail but we’re unsure whether or not the other party remains in custody.

Wagner is the only child born to Natalie Wood and Robert Wagner.  She was just seven years old at the time of her mother’s drowning accident.  She has two step-sisters, Natasha Gregson Wagner and Katie Wagner, both of whom have acted.  Unlike the rest of her family, Courtney Wagner seems to choose to keep a rather low profile, preferring to shun the spotlight that the rest of her family has embraced.  Yes – Courtney prefers to get high.