Kris Humphries To Represent Himself In Divorce Court 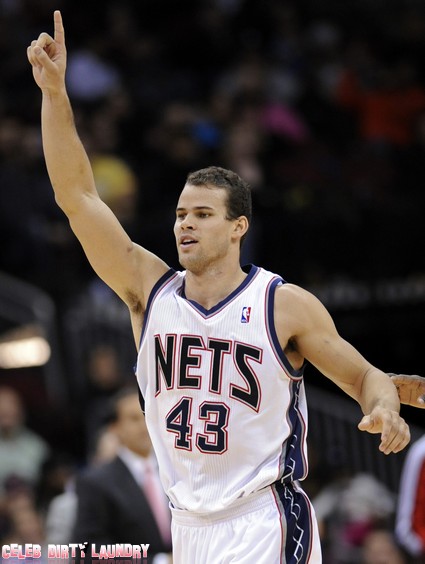 We all know Kris Humphries is not the smartest guy on the court – after all,  he did marry Kim Kardashian. But now he’s taking the meaning of dumb to a whole new level. He’s going to represent himself in Court against his former reality TV star wife!

According to TMZ the NBA player names himself as his lawyer in the legal documents he’s filed in the divorce case. Someone needs to tell the big K an appearance on a basketball court and an appearance in a Court of law are two very different things. He’s also going to face one of the toughest, most respected divorce lawyers in Hollywood. Kris – what are you thinking?

So why is he doing this? He actually wanted his Minnesota business lawyer to do the deed. But he can’t appear in a California Court without the aide of a local attorney…so to cut a long story short the plan fell through and Kris is going it alone against the Kardashian empire.

Kim is in the box seat. She’s being represented by Laura Wasser. Laura is no stranger to these kind of high profile cases involving giant egos and giant bank balances. She’s worked with Britney Spears, Jennifer Aniston, Ryan Reynolds and Kiefer Sutherland just to name a few…So that’s what Kris is up against.

It’s going to be an interesting case – Celeb Dirty Laundry has already old you he’s planning to reveal all of the secrets he knows about Miss Kardashian including the fake, scripted aspects of her reality shows, her trips to the plastic surgeon and even details about their non-existent sex life. You can read more here Court Forces Kim Kardashian To Own Up About Marriage Scam