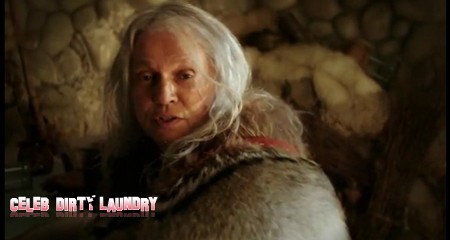 I know I’m certainly not the only one desperately excited to see Billy Crystal return as host for the 84th Academy Awards.  On the heels of Eddie Murphy’s decision to bow out as host, thankfully Billy came to the rescue and we were all able to let out our breaths – alas, everything works out the way it should.

So with everything set, the first trailer for the awards show has hit the air, aptly titled, “Off the Grid”.  The spot features cameo appearances by Robin Williams, Megan Fox, Josh Duhamel, William Fichtner and Vinnie Jones as they attempt to track down the infamous Oscar host.

It’s pretty funny, although I have to admit I could have done without Megan Fox.  Sure, she’s beautiful – but she maybe spoke about two words with the enthusiasm of a scared toddler.  I guess such things don’t matter when you look like Megan Fox..

The Academy teamed up with Funny of Die to create the clip (surprise, surprise), and in my opinion successfully achieved their goal in creating buzz for the awards show.  Funny or Die’s president of production had this to say:

“Our team had a great time working with the Academy and joining forces with Billy again.  We think the trailer really speaks to the excitement around this year’s Oscars, and Funny or Die was honored to be a part of it.”

Soooo looking forward to seeing me some Billy – now all I have to do is catch up on my Oscar movies!