BY Nicholas Sanford on May 21, 2012 | Comments: one comment
Related : True Blood 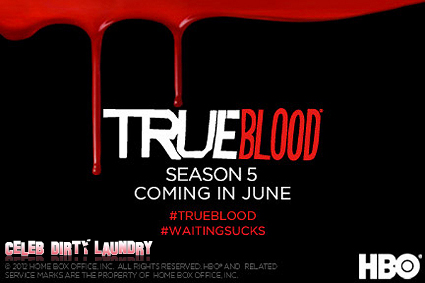 Summer’s almost here, and with summer comes a delicious show that everyone just can’t wait to sink their fangs into: True Blood! HBO has promised that this next round of fangy-vampire-goodness will be packed full of controversial issues and continue to push the boundaries, as seems only natural for an HBO drama.

The newest promo trailer, which was recently released, doesn’t contain any new footage; rather, it shows scenes from past seasons and highlights some of your favorite characters crying. Yep, you heard right, folks. All the characters are crying. Nothing like a good helping of tears (some of them incredibly bloody) to get the excitement pumping through those veins, right?

While the promo verges on being borderline ridiculous, it’s powerful and dramatic all at the same time. Take a look at the “Don’t Cry, It’s Back” promo:

This season we’ll be introduced to a whole cast of new supernatural entities and characters, including the all-powerful Vampire Authority, an organization that has played a subtle — but incredibly influential — role in past seasons. Season 5 will welcome Christopher Meloni (Aw, you sad you had to leave your girl Mariska Hargitay for this?), who plays the head of the Vamp Authority, as well as Peter Mensah, Jacob Hopkins, Valentina Cervi, Christopher Heyerdahl, and Carolyn Hennesy — all of who’ve been cast into Vamp Authority Chancellor roles.

Let me tell you what, this is going to be one stellar season. And I want to know what y’all have to say about it. I know we have thousands of Truebies out there, so sound off in the comments section below! Leave your questions, general supernatural musings, bloody concerns, or deepest vampiric desires.