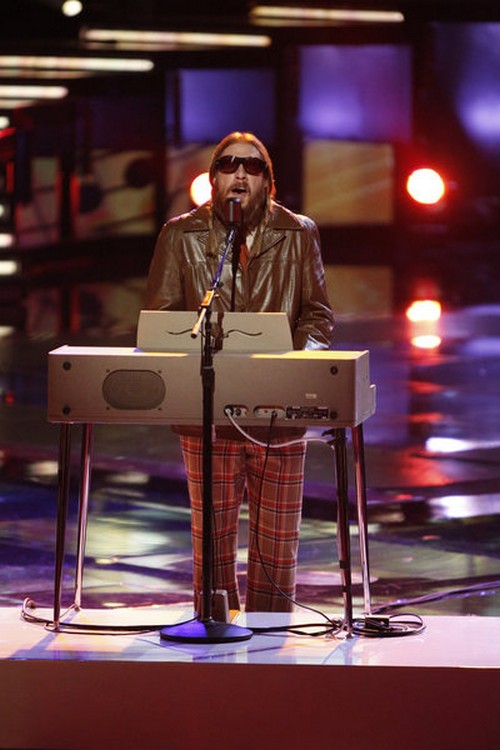 Nicholas David took the stage tonight on THE VOICE for his Top 6 video performance.  Nicholas sang “Over The Rainbow” by Judy Garland.  Tonight’s show the top 6 performed live in front of coaches Christina Aguilera, Adam Levine, CeeLo Green and Blake Shelton for America’s vote and a chance to move on to the semi-finals.

Judges Comments:  Adam “I love the way you do it every time, I am curious always to know what you are going to do next. I am genuinely a fan of your music”. Blake “That was magic and that was beautiful, only you could do what you just did up there”. CeeLo “Nicholas man let me tell you this, I support you, you have acquired so many enthusiast in what you do. I am a strong and loyal supporter of you, I was pleasantly surprised”.

Closing out the night is Nicholas David and with the help of mentor stand-in Pat Monahan he is going to tackle “Over The Ranbow” by Judy Garland. This song is close to Nicholas as it was his mother’s favorite.  To vote for Nicholas David: 1-855-VOICE-08