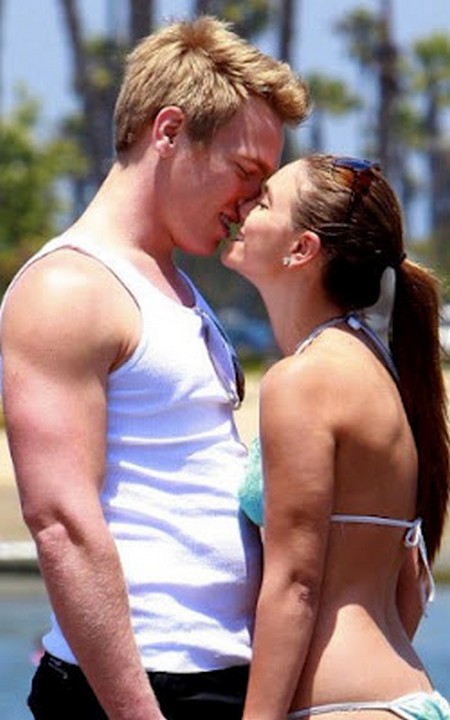 The boytoy made numerous public appearances with the fashion titan until he finally crash landed earlier this year.  Calvin Klein’s ex-boyfriend, Nick Gruber found himself doing a lengthy rehab stint at The Meadows, on Klein’s dime, after being arrested for cocaine possession.

This weekend Gruber stepped out of the shadows and onto the beach with a woman.  Not just any woman either.  He was photographed frolicking with “Girls Gone Wild” 2010 Hottest Girl in America’s Chelsea Heath Sunday in Marina Del Rey, Calif.  The duo actually posed holding hands and kissing for photographers nearby.  While sources close to Gruber won’t rule out a sexual relationship brewing between the two, they also say that if something is going on, it’s not serious.

One thing is for certain; his relationship with Klein is most definitely finished. “He’s a mixed-up kid,” says the Klein confidante. “It’s over.”

Maybe he was mixed up a few years ago but it seems like Gruber has packed a lot of tough lessons into his young life.  Do you think he is as screwed up as Klein’s source says?  Tell us what you think in the comments below!