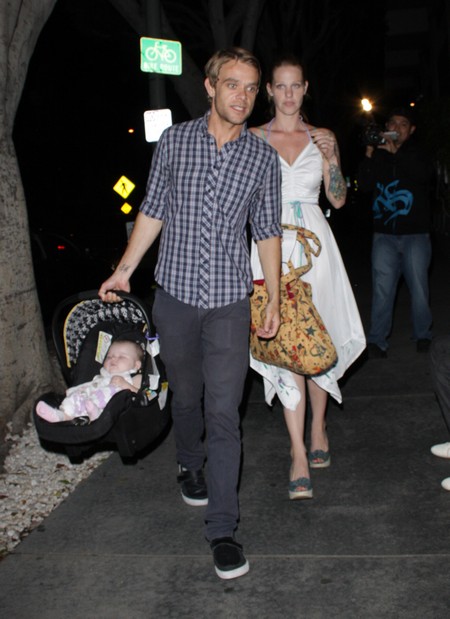 Nick Stahl has been found alive if not too well. It seems Nick has taken his on again-off again vanishing act back to AA where his wife, Rose Murphy, hopes he can sober up. Nick has spent most the past few months on an out-of-control party where he hasn’t even bothered to stay in touch with his wife to let her know he is alive. What a prize…

Back in May and missing for over a month Nick emerged out of the blue and finally spoke to Rose. Rose told TMZ that Nick told her in the very brief conversation that he had checked into rehab.  Rose called the rehab confirmed that Nick had indeed checked in for treatment.  True to form, Nick vanished shortly afterwards – back on the drugs – back on the party.

TMZ has the exclusive:  Nick Stahl has reconciled with his family and is getting treatment once again … TMZ has learned.

According to our sources, Nick is going to AA and is now “in a good place.” We’re told he has not moved home, but is staying elsewhere and in constant communication with the family.

Stahl was first reported missing back in May and checked in to rehab a few weeks later. Stahl disappeared again last month before returning this time..

Will Nick make it this time?  Doe she want to?  His family says he is in a ‘good place.’  What does that mean?  Nick is a hard-core drug addict who has been on a binge for most the last couple of months – in what kind of good place can he possibly be?  Let us know in the comments below what you think.