Nicki Minaj Becomes An Officer Of The Law – Look Out!

BY Newsbylisa on April 5, 2012 | Comments: one comment
Related : Nicki Minaj 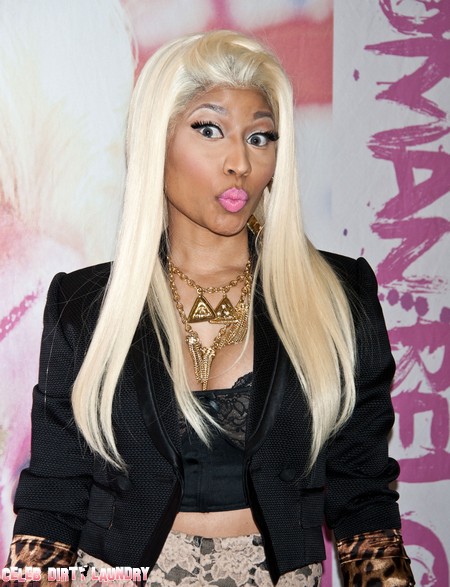 Nicki Minaj got a Sheriff’s badge but now she better keep the peace!  The tongues were wagging this morning folks, Radio personalities took to the air waves in Philly today. It seems that Ms. Nicki Minaj was given an honorary Sheriff’s Badge by Sheriff Jewel Williams yesterday.

Needless to say people were a little ticked off. First of all she does not even live in Philadelphia and secondly don’t you have to do something special to get an Honorary Sheriff’s badge. (Save a child, get a cat out of a tree, something). It’s no wonder everyone is looking at each and thinking, “what and how did this happen?” “Did we miss something?”  “Whose bright idea was this?”

Ms. Nicki is the last person that needs to have a badge because she is known for throwing angry tantrums and fits, (if you haven’t heard those stories about her, then you are definitely not paying attention). Just to give you an example a couple of months ago Ms. Nicki had celebrity facialist Dawn DaLuise come over to her place to give her a wax on her eyebrows and upper lip. Well I guess Ms. Nicki did not like the bill she got for $170 and got into a tantrum verbally abusing Ms. DaLuise and threw the money at her.

Ms. DaLuise stated then “that she has never been treated that way before”, (poor thing she just didn’t know about her, big sigh!)   (Give me break diva – that chica is just trying to make an honest living, can you just pretend you have a little class, please!) That was just one separate incident but she is known to fly off the handle (can someone say anger management, please go get some).

This is why we are just a little (I’ll say) puzzled that she is the person that they are giving an honorary badge to, wrong move.  Oh! And by the way she was also given the title by the New York Times of the greatest female rapper, did anyone tell Queen Latifah about this Shhh…..