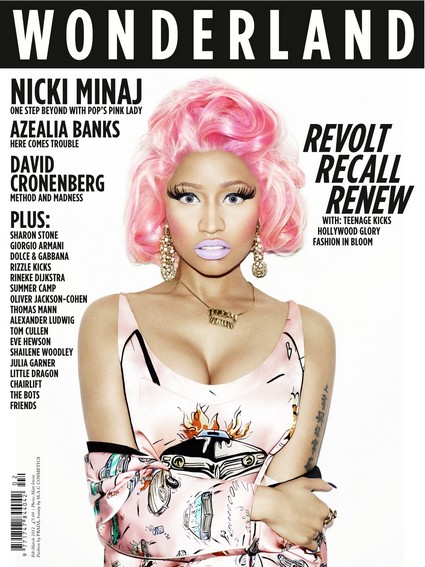 Nicki Minaj has come out and told Wonderland magazine that in her “past life” she was in fact British royalty, but that’s not the end of it. Whenever she visits London she feels as if she has even ruled the city before, she says “I was born in London in my past life, no one can tell me any different. I probably was like a Queen in London; I was probably the people’s queen that fought for lives.”

Yup, she believes she was the type of Queen who was thoughtful and respected the rights of the “people.” to be honest, I don’t think I’ve heard something this stupid in a very long time!

She even went on to say, “I probably started off as a maid and then was just, like, really revolutionary.” I can’t even believe how delusional Nicki Minaj is; just because of a certain “feeling” she thinks that it must mean she was the queen! In my opinion this is completely egotistic, it just seems so arrogant that she thinks she was queen and to even mention she was “respectful” is just total bull shit.

Little does Nicki Minaj know that it’s highly impossible that she was a queen in her previous life, why? Well it’s obvious; Kanye West was probably already the queen of London back in his previous life, you just can’t do what Kanye already did, right?