Nikki Reed Gets Drunk And Sloppy In Empire State 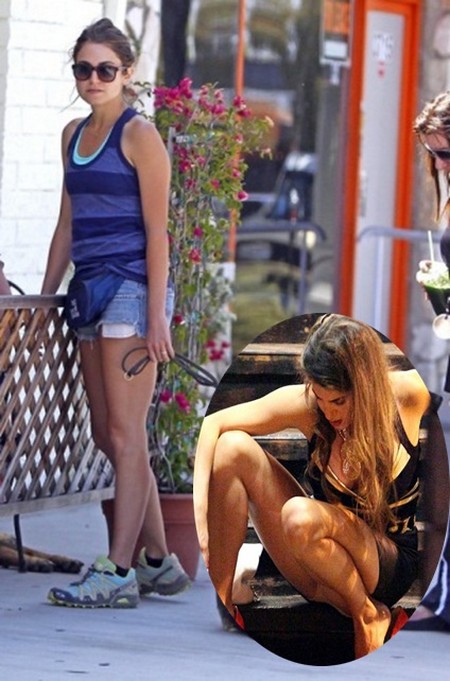 Long gone are Nikki Reed’s quiet days of playing famed vampire Rosalie Hale in the Twilight saga, a role that put her on the Hollywood map and cemented her (small) star status amongst the growing ‘it’ crowd.  Nikki, 23, was snapped this weekend looking a little – disheveled.

Ok, more like a lot disheveled.  Let’s just say throwing up on the street in the middle of Brooklyn doesn’t look pretty on her.  Especially while wearing a tight little leather number looking like you just stepped out of an all-night nightclub.  Well this was the case, but it’s not what you think.

Luckily for Nikki, her reputation is still in tact and it was all caught on camera while she was filming her latest project, Empire State.  While her character was blurry-eyed and looking worse for wear, in between takes Nikki was all smiles alongside her co-star Shenae Grimes of 90210 fame.

Nikki has been in New York City working on the film and through her tweets has made it quite clear how much she’s enjoyed herself.  She tweeted already one picture of the sun setting over the Brooklyn Bridge, writing:

Sounds like someone is enjoying herself!  And who wouldn’t – the film takes place in the 80’s and is about two friends from childhood who decide to rob an armored car depository.  Of her character, Nikki has said that she was “intimidated” by her.  Hmm… what does that mean?  We’ll just have to wait and see in theaters!