Nina Dobrev Is Eyeing ‘The 50 Shades Of Grey’ Role 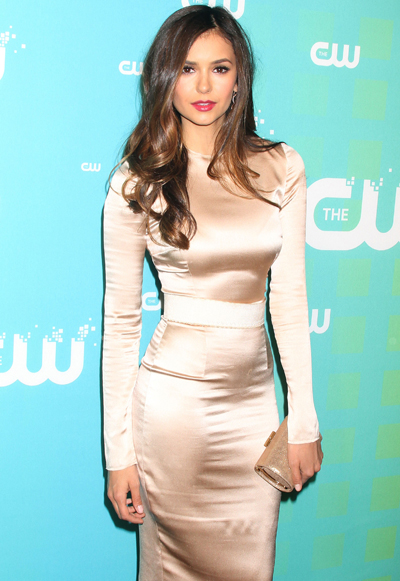 Watch your back, Kristen Stewart! You’re not the only brunette in Hollywood who may be hustling for the role of Anastasia Steele.

Vampire Diaries actress Nina Dobrev recently revealed that she would definitely consider the lead role in the Fifty Shades of Grey film adaptation, if the producers wanted her, although she wouldn’t mind if her boyfriend and Vampire Diaries co-star Ian Somerhalder landed a juicy part in the film instead.

Last month, Ian said he would love to play the role of Christian Grey, the 27-year-old billionaire who seduces young Anastasia and introduces her to the world of S&M.

“I absolutely would be up for [playing Christian Grey],” he told Ryan Seacrest, reports US Magazine. “Beyond the shadow of a doubt, I think that would be a phenomenal opportunity!”

However, despite their obvious chemistry, Nina doesn’t think it would be a good idea for her and Ian to play opposite of each other in the film:

“I think it’s best for any of the actors on the Vampire Diaries to kind of do their own things . . .and create new characters. And as much as you try when you shoot a movie, if it’s two of the same people, the fans will always see you as . . .they’ll see me as Elena and they’ll see him as Damon if we do a film together,” she said.

Readers, what do you think: Can you imagine Nina and Ian as the kinky characters in Fifty Shades of Grey?