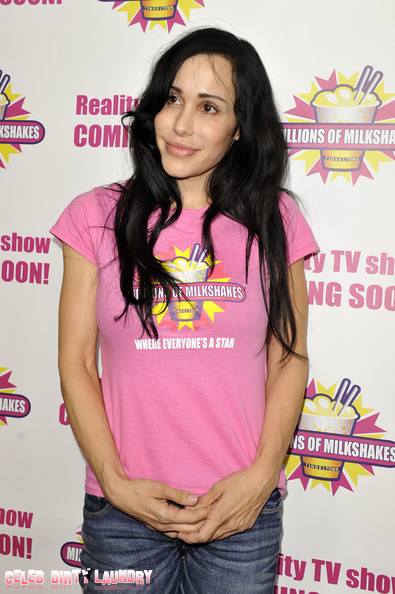 And, apparently, she wasn’t half bad. “Let me tell you something,” a source told TMZ. “She is going to shock America in this video…apparently she was awesome.”

I’m not sure how much more America can be shocked by Suleman.

After breaking onto the scene by intentionally getting pregnant with octuplets, Suleman has made bad decision after bad decision in an effort to stay in America’s consciousness and keep money in the bank. But nothing’s proved fruitful. She managed to make $10,000 for posing nude in Closer magazine but that hasn’t stopped the recent allegations of child neglect and unsanitary living conditions or filing for bankruptcy.

There’s no word on how much Suleman is making for her “pleasure video” although sources do say it’s more than the $10,000 Closer paid her.

Well, thanks to lighting and a healthy dose of stupidity, it appears Suleman is halfway to becoming the star she always wanted to be.