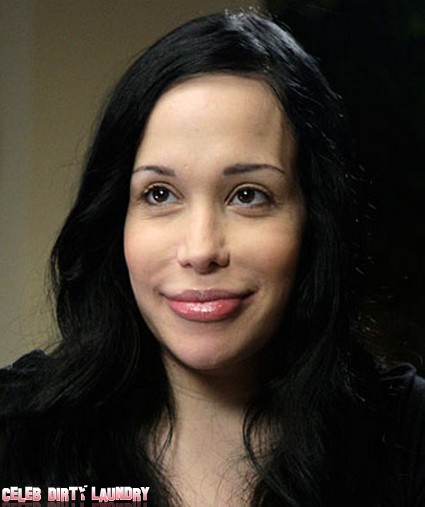 According to TMZ…her market value in the lucrative adult film industry has dropped from $1 million to $100,000. That’s not what the struggling single Mom wants to hear when she has over a dozen mouths to feed. Times have been tough and the reason she took the modeling gig was all about keeping a roof over their head ’I’m doing that because I need to feed my kids.  I need to pay bills. And I’m very cognizant of the repercussions of my choices.’ You can check out one of the photos here Octomom Poses Nude for $10,000