Olivia Wilde and Jason Sudeikis Engaged: Are they Planning a Top Secret Wedding? 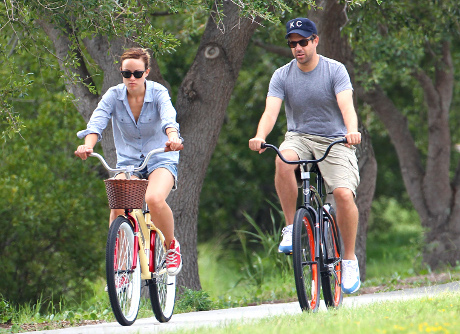 Olivia Wilde and Jason Sudeikis are allegedly engaged and already planning a top secret wedding, according to a news article that has just surfaced on the web. The wedding is supposedly going to go down in Kansas City, Jason’s hometown, and the couple couldn’t be happier — they are completely in love. Jason has always wanted to get married in his hometown, and friends of his say that he’s truly a hometown-kind-of-guy at heart.

The news comes from Radar Online. They report: “Everyone in town is buzzing about the wedding ,” a source tells Radar exclusively. “They have already booked the venue and are in the process of finalizing the rest of the details.” Sudeikis, who grew up in the Midwestern city and visits several times a year, first brought Wilde back home with him in December 2011, where they attended a University of Kansas basketball game together. The couple has been back several times since, and have managed to fly under the radar during their visits.

The mysterious source continues on about how Olivia was flashing a diamond engagement ring around last time she was in town. Hmmmm . . . . We have to wonder a bit about this one because in the same article published by Radar there’s a comment from Olivia’s publicist, who mentions that “they are very happy together but they’re just not engaged.”  That seems fairly cut-and-dry to me? Does it to you?

I mean, I wouldn’t be surprised if the couple was engaged and actually trying to keep a wedding under wraps. Happens all the time. But I think we also have to take these engagement announcements with a grain of salt. Chances are the wedding bells are just an illusion and we’ll have to wait a while longer for this extremely odd couple to tie the knot. Maybe it’s just me, but do these two seem like a good couple to you? For some reason, my celeb matchmaker just doesn’t see these two being together for much longer.