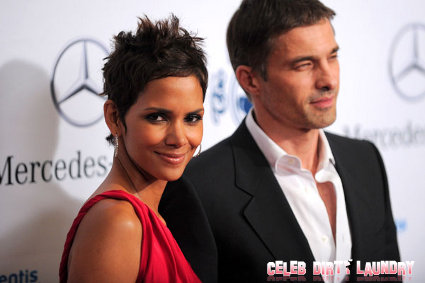 While the rumor mill has been buzzing over the last few weeks over Halle Berry and Olivier Martinez potential engagement – it can now be confirmed as true.

The French actor has confirmed that they are indeed planning on getting hitched some time in the near future.  He told the Miami Herald this week that he had in fact proposed to Berry. The two have been dating since 2010.

Halle, 45, has been going through a bitter custody battle with her ex Gabriel Aubry, with whom she shares a 3-year-old daughter with.  Her and Olivier, 46, have often been seen out and about in LA with the little girl, Nahla.

This will be Halle’s third marriage, and first for Oliver.  He has previously been linked to Kylie Minogue, Rosie Huntington-Whiteley and Mira Sorvino.