Once Upon a Time Season 1 Episode 8 ‘Desperate Souls’ Spoilers

BY Annemarie LeBlanc on January 8, 2012 | Comments: one comment
Related : Once Upon A Time, Spoiler, Television 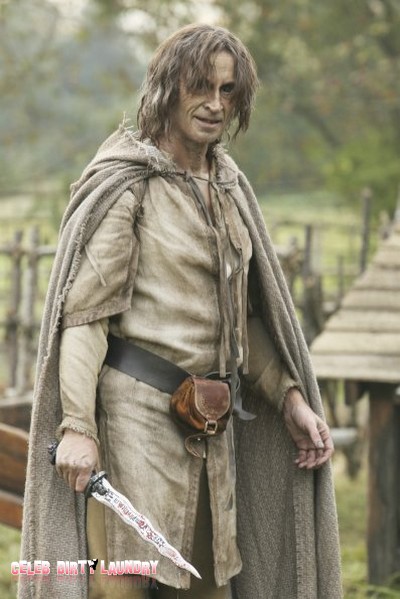 Once Upon A Time returns tonight after it’s winter hiatus with a whole new episode.  The episode is the eighth in it’s first season and it is called ‘Desperate Souls.’  We have managed to get our hands on some spoilers for tonight’s episode and the first 8 minutes of the show.  So if you do not want to know don’t read any further.

In last episode in Storybrooke we saw Sheriff Graham die and NO sadly the Sheriff does not come back.   This episode takes place several week’s after his death and Mr. Gold gives Emma his condolences.  Mr. Gold goes on to suggests to Emma that she take the Sheriff’s job.  Regina wants Sydney Glass to get the job.  She fires Emma before she can be appointed

In the fairytale there is a war brewing with the Ogres and Rumpelstiltskin’s tries everything to insure that his son who is almost 14 years old is not drafted.  14 years old is the age someone qualifies for the draft.  It looks like Rumple may have turned to magic to save his son and like Rumple says ‘there is always a cost.’

Tonight we meet a new character called ‘The Dark One’ who is extremely powerful and he may be the reason Rumpelstiltskin changed to what he is now.

Official Synopsis: Regina and Mr. Gold play dirty politics and take opposite sides when Emma runs for a coveted Storybrooke public office against Sidney. Meanwhile, back in the fairytale world that was, Rumplestiltskin tries to track down the ultimate power source in order to help his son avert the horrors of a meaningless war, on “Once Upon a Time,” SUNDAY, JANUARY 8 (8:00-9:00 p.m., ET) on the ABC Television Network.

Check out the 8 minute video below and let us know what you think?  Will you be missing Sheriff Graham?  Sound out in the comments below!  We will be live blogging the episode with up-to-the-minute details as the show unfolds, so make sure to come back!