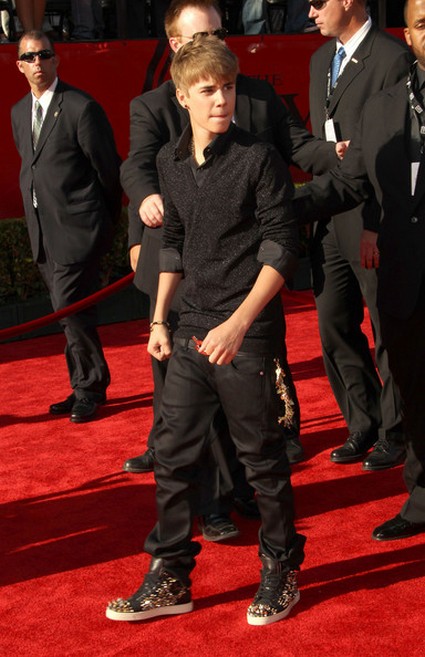 A person pretending to be Justin Bieber online asked a 10-year-old girl in Sydney, Australia to pose in ‘revealing clothing’ on a webcam.  According to authorities, the innocent child sent a request on a video chat program January 9 requesting to connect to someone displaying the pop singer’s photograph and birth date.

Police added that the Bieber impersonator then asked the girl to model “revealing clothing” during a video chat.  The girl was alert and told her mom who immediately telephoned the police.

Mr Kerlatec said it was important for parents to be open with their children and educate them about using the internet, especially in the age of smart phones.

“We really can’t sit with them all the time, so we’ve got to get them to … understand what to do if there’s something inappropriate.”

The Justin Bieber impostor may be anywhere in the world, making this type of crime a challenge for police, he said.  “I think it illustrates that the internet has no boundaries.”

So far the dangerous sexual predator has not been found and police continue their search. Parents and kids need to beware of this sort of threat.

The Sydney Morning Herald offers safety advice for teens and children on how to steer clear of this sort of problem.