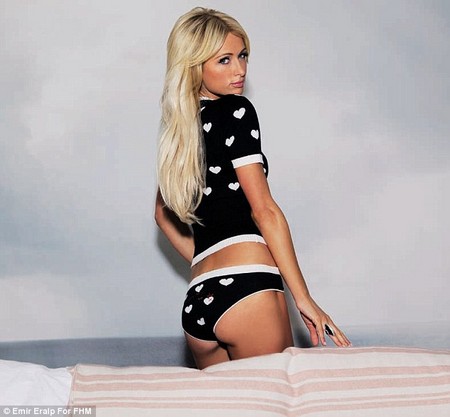 Paris Hilton loves spending time in London and is particularly a fan of UK males as they are “such gentlemen”.   “I love the vibe, the people, the accents… British guys are really different to the guys in America – they’re all such gentlemen and they’re far more mature. It’s just a different mindset. I’ve met a lot of nice British guys, I think the way that your parents raise you is a lot different, because you’re so polite and sweet. British guys are really hot.”

Among the British guys Paris admires most are Princes William and Harry and she enjoyed getting the chance to spend time with them the last time she worked in the UK.

She told the new issue of Britain’s FHM magazine: “They’re both very nice boys. When I was in London shooting a show for a few months, we went out a couple of times and I found them to be just such nice gentlemen.”

The 30-year-old star also discussed her growing business empire, and despite already having 17 different product lines, she is planning further expansion.

She said: “I’m involved in my products every step of the way. My fragrances are doing really well at the moment. They’ve produced more than $1.3 billion in revenue since 2005.

“I have 35 stores and 17 product lines. And then there’s my racing team, my 14 fragrances and my new project – the Paris Hilton Beach Club chain. The first one is opening in the Philippines soon. It’s going to have nightclubs, restaurants, bars, gyms, everything really.”