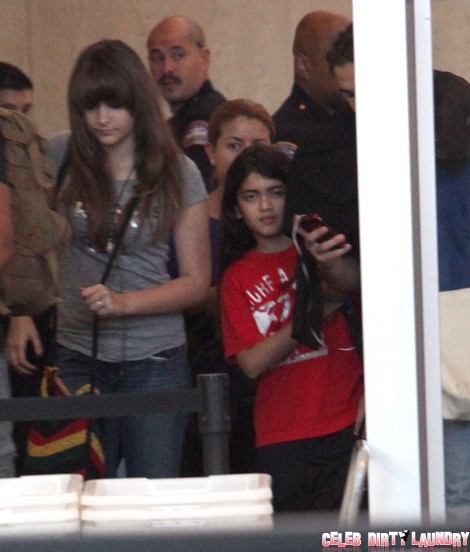 There is a lot of controversy surrounding Michael Jackson, ranging in legal importance from his plastic surgery, skin color, alleged sexual assault, and his untimely murder. Despite the rumours that won’t die, I don’t hesitate before saying that the loss of a parent, for any child, is a horrific and tragic part of life. For Paris Jackson, now 14, her father was taken long before his time. While Paris and her siblings, Prince Michael and Blanket Jackson, struggled to recover from Michael’s murder, suspicion about drug abuse poisoned all of our ears.

Three years after his death, Paris takes to her Formspring account to tell an oblivious user just how important her dad was—and still is. Paris posted a screen shot onto her Twitter account. Below is the transcription.

Who is Michael Jackson?

who is michael jackson ? are you serious ?

please excuse me so I can rant .

michael jackson was the king of pop rock and soul . he was a genius . he was a warrior . he was a prisoner in this hell hole we call society . he was the bravest man i’ve ever known . he was an angel sent from heaven . not only was he the greatest and most talented man , but a philanthropist and a patriarch for the jackson family . the glue that kept everyone together . he loved and cared for children and cared so much to make this world a better place .

he was goofy , crazy , hilarious , loving , kind , beautiful , lovable , incredible , and the best , most loving father probably to ever exist . i am so grateful and honored to have known him for over 10 years . he was my life . the only thing that really brought me true happiness .

michael jackson was the greatest thing that ever happened to the music industry . . . and my life

Paris’ account is filled with pride, love, and, perhaps mostly, grief. It is undeniable that Paris still deeply mourns her father’s passing. As she should. Although Paris is now surrounded by a huge family (many of whom seem to be fighting for the late Pop Prince’s estate and custody of his kids), no one can ever take the place of her dad.

I think we get so caught up in Michaels’ contribution to music that we forget the people who knew him best. I hope that Paris can stay strong and continue to spread love and understanding, and will crusade for the reputation of the Michael Jackson she knew better than anyone else. 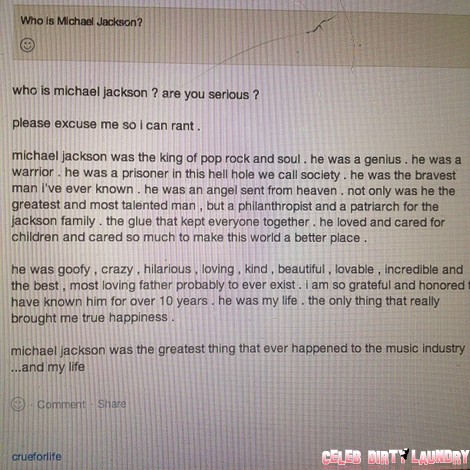