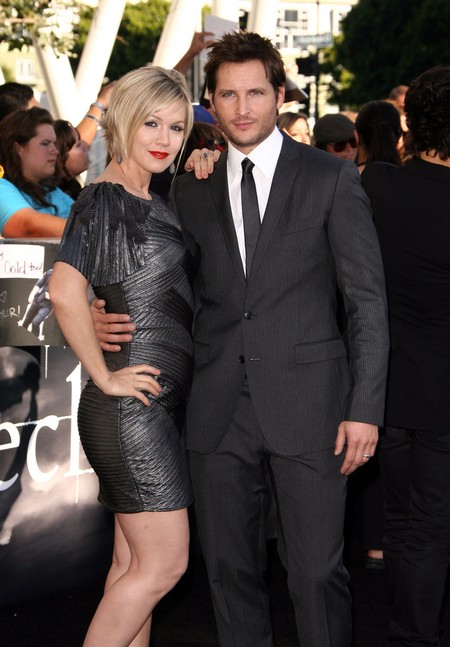 And another Hollywood marriage bites the dust…it’s a sad day today for Twilight’s Peter Facinelli and his soon to be ex-wife, Beverly Hills 90210 alum, Jennie Garth.  The couple, who after 11 years of marriage, announced their split today.

Now here’s the thing, I’m not married so my knowledge here is rightfully obscured – but I find it hard to understand after so long of a union – which include 3 children together; daughters Luca, 14, Lola, 9, and Fiona, 5 – can they not work it out?  Sure, everyone’s got problems but 11 years is quite the stretch.  Alas, I suppose in life some things just can’t be fixed.  And for all we know their marriage could have been in shambles long before the public knew anything.

The couple released a statement to Us Weekly:  “While we have decided to end our marriage, we both share the same deep love and devotion to our children, we remain dedicated to raising our beautiful daughters together. We ask for privacy and respect during this time.”

This was the first marriage for Facinelli, and the second for Garth who was briefly married to Daniel Clark from 1994 to 1996.