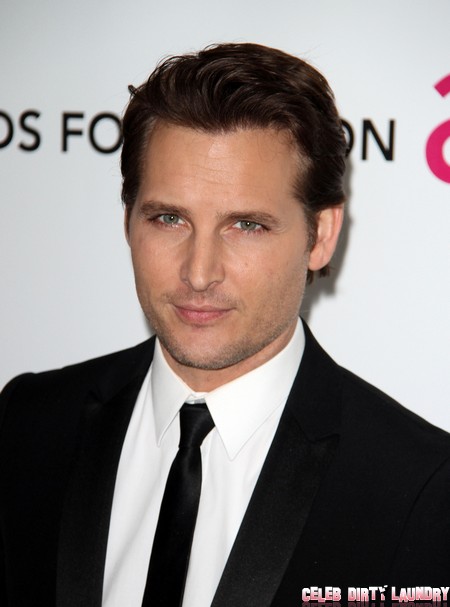 They say that revenge is a dish best served cold and that seems to be what is happening in the case of Peter Facinelli and Jennie Garth. While Garth has been sporting a new body recently it seems that her ex-husband hasn’t even noticed since Facinelli has been spotted on a romantic vacation with Jaimie Alexander.

Alexander is a 28 year-old-up and coming actress and his costar in the upcoming movie, Loosies. The two travelled to Paris on August 23rd together. The twosome arrived together on the European train, Eurostar together and tweeted matching photos on their twitter accounts including the Eiffel Tower and a shot of wine while at the Louvre. “In Paris…the city of love,” Jaimie wrote while punctuating the message with a heart shaped emoticon.

While Facinelli has been loved up with his new girl, Garth has been trying hard to put the split behind her, even though it’s been difficult for her. “She’s been a mess,” a longtime friend tells Life & Style “She’s so easy that Peter moved on so quickly. Its’ hard when Peter is taking Jaimie super romantic places like Paris,” the source continued.

If it is any indication for Garth she looks like she is trying her best to find herself a new man with a 20 pound weight lose, maybe revenge diet now that she doesn’t have her Twilight hubby anymore. It has only been 5 months now since Facinelli filed his own divorce proceedings on Garth and Facinelli did make the movie Loosies over two years ago. Hmm does that sound fishy to you or is it just coincidental now that he is single? Regardless, Garth needs to get over him, yes he is the father of their three girls but if he can move on then so can she.  As long as she doesn’t go the route of Nurse Jackie.