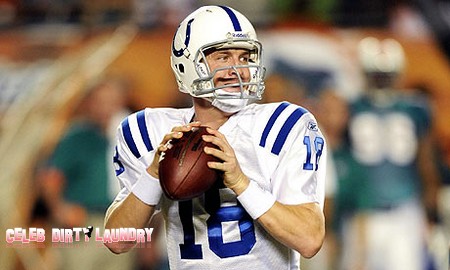 Peyton Manning is now a Denver Bronco which means that Tim Tebow won’t be – at least not for much longer!  All of a sudden hooking up with Katy Perry is looking much more attractive to the religious young quarterback.  Katy Perry’s insane parents were hoping to fix their daughter up with Tebow after Russell Brand divorced her last December.  Just in case no other NFL team wants his services Tebow can always apply to be Katy’s boytoy.

Tebow was totally dissed by Broncos great, John Elway (currently executive vice president of football operations) who said that the Broncos are not a Super Bowl caliber team with Tebow!

TMZ Has Breaking News:  Peyton Manning is officially a Denver Bronco — which means Tim Tebow‘s out of a job.

Broncos owner Pat Bowlen just made the announcement alongside Broncos legend John Elway — a deal worth a reported $96 million over 5 years, making Peyton the highest paid player in the NFL.  John Elway made it clear during the announcement … the Broncos are NOT a Super Bowl caliber team with Tim Tebow.

Peyton — who will wear #18 on the team — said he’s unsure about Tim Tebow’s future … but claimed, if Tebow stays with the Broncos next year, “I’m going to be the best teammate I can be.”

Elway said a Tebow trade hasn’t been discussed with other teams yet — but admitted it’s very possible the Broncos will get rid of him. Elway speculated Tebow was “disappointed” by the announcement — but Tebow never said it to him. According to Elway, Tebow was very understanding about the Broncos’ decision.

The #18 is significant in Broncos history — it once belonged to famed Broncos QB Frank Tripucka in the 1960s … and retired with him. Peyton said Frank personally asked Peyton to resurrect his number, so the Broncs UN-RETIRED it just for PM.  Now that the acquisition’s official — the Broncos will be trying to trade Tebow … though it’s unclear where the 24-year-old will be headed.

Several teams have reportedly been in discussions about snagging Tebow — who led the Broncos on a tumultuous ride through the playoffs last season — including the Jacksonville Jaguars, Green Bay Packers, Miami Dolphins, and New York Jets.

Do you think that Katy Perry will attempt to comfort Tim Tebow?  Will he accept that comforting?  Let us know what you think in the comments below.