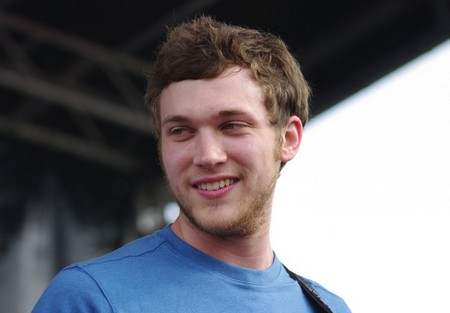 ROUND 1 – for the judges choice round Phillip Phillips performed “Beggin” by Madcon tonight on American Idol the Top 3 take to the stage and perform for their lives in the last performance show of the season before the finale.  Did you miss tonight’s episode?  If you did we watched it and we recapped it here for you.  On last week’s show Hollie Cavanagh was sent home.   If you missed the show you can read our full and detailed recap here.  If you missed any of the performances from last week you can see them here.

On tonight’s last performance show of the season before the finals the contestants will be bring their A game and singing three songs.  One will be picked by the American Idol judges, another by mentor Jimmy Lovine and the third will be a song of their choosing.

The contestants remaining in the competition are: Phillip Phillips; Jessica Sanchez and  Joshua Ledet.  He was fantastic!  Another standing ovation and the crowd went insane!

Judges Comments: Randy said, “We were just at the Phil Phillips concert, you are in the zone, you have a good time, another incredible performance by you, you are who you are and we love it.” Jennifer said, “You catch a grove in a song that brings you all the way home, it was great.” Steven said, “Can you believe this guy? It is so beautiful to see you unfold on stage, I’m hoping that you write your own songs because you could be the new Springsteen.”