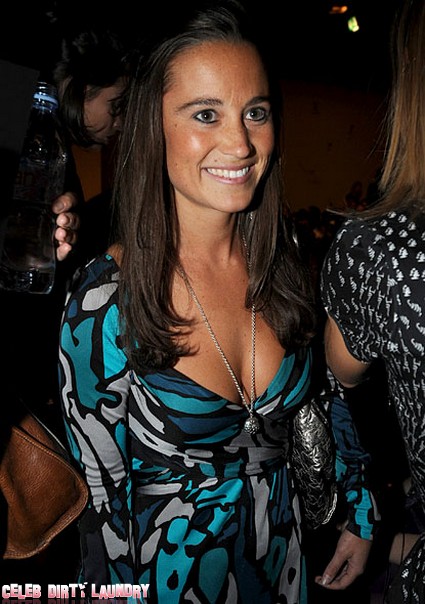 Her Royal Hotness is now hot property in the US. Pippa Middleton is coming to America to promote her first book and she has two of TV’s biggest names falling over each other to land an exclusive chat. Oprah Winfrey and Barbara Walters both want the Royal bridesmaid for an hour long special – but it all comes down to money. Who will cough up enough dollars to make it happen?

The 28 year old is releasing a book about party planning and is about to hit the promotional trail. That has got the Queens of TV interviews hot under the collar. Oprah wants a one on one for OWN. Babs also wants a sit down interview with Kate Middleton‘s younger sister. There’s even talk Ellen DeGeneres is keen on having a chat with the stunning British socialite.

A chat with Miss Middleton doesn’t come cheap. The asking price is almost half a million dollars. But when you’re hot you’re hot. She’s the closest thing to royalty without actually being royalty – and that gets TV Execs and big names excited. Her publishers have said any fee she does get will be donated to charity.

Of course no one really wants to talk to Pippa about her book. Party planning? Who cares! Oprah, Barbara and Ellen want to know about her famous older sister, her brother in law Prince William, how friendly she is with Prince Harry and the most important question of all – was she wearing anything underneath her bridesmaid dress last April? Stay tuned all will be revealed to a big name TV interviewer soon!